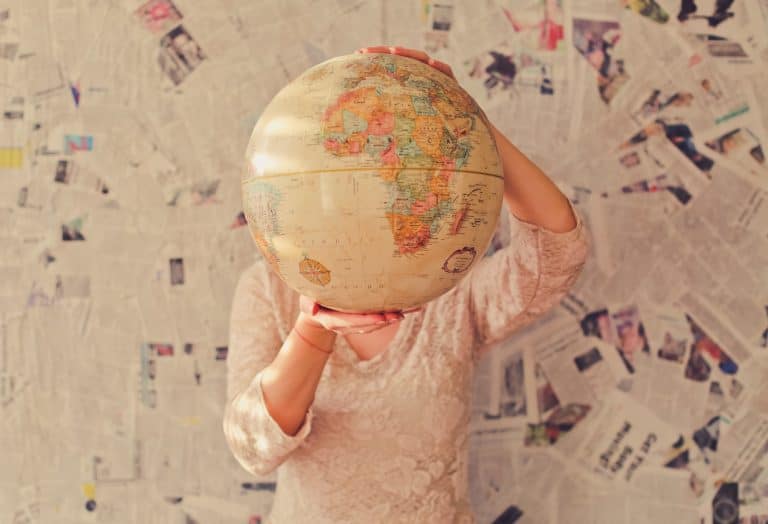 Team Japanese uses affiliate links. That means that if you purchase something through a link on this site, we may earn a commission (at no extra cost to you).
221 shares
LIMITED TIME OFFER!

As you will see in the infographic, if you don’t speak a second language, you’re already in the minority!

65% of the world’s population is bilingual, whereas that figure is only 9% in the United States! Pretty surprising, right?

Take a look at the infographic and see what you think:

Why learn a second language?

As you saw above, well over half of the world’s population grow up speaking more than one language fluently.

This is because many countries have more than one official language, and people grow up learning the languages they hear around them.

For example, Singapore has four official languages: English, Mandarin Chinese, Malay and Tamil. Most people speak English plus at least one of these others, depending on their family and cultural group.

Many countries in Europe are officially bilingual or multilingual. Switzerland has four official languages: German, French, Italian and Romansh. Belgium has three: Dutch, French and German. In addition, most nationals of these countries will speak a good level of English.

Where does this leave the U.S.?

Monolingual Americans (and Brits, and many other native English speakers!) are at a disadvantage on the world stage.

As the infographic states, the United States needs more people with foreign language skills in order to remain competitive.

People who speak a second language have an advantage in the business world. Companies need foreign language speakers so that they can increase their exports to new markets.

Almost any second language will give you a significant advantage in the job market (not to mention all the other surprising benefits).

You might be surprised to see above that Japanese is the ninth most widely spoken language in the world, with 122 million speakers!

Pretty surprising when you think that Japanese is mostly only spoken in one country, unlike languages like Spanish and French which have a global reach.

This is because Japan is a densely populated country with a huge number of native speakers.

What’s more, Japan is an economic powerhouse and is a world leader in finance and technology.

Unlike French and Spanish, Japanese is also not studied so widely outside of Japan, so speaking this language will really make you stand out.

Best way to learn a language

One other interesting takeaway from this infographic is that it helps to know your language learning style.

Think back on your school days, or on any previous experience learning a new skill.

Do you have to see things written down before you can commit them to memory? Or do you remember things that you hear? Perhaps you learn best when you are interacting with others and experiencing things first hand.

Most of us find a mixture of these things helpful, but usually one learning style will be stronger than others. If you want to learn a second language effectively and easily, it really helps to play to your strengths.

The Rocket Languages online courses offer a variety of different lesson types to cater to all learning styles. The important thing with language learning is that is has to be fun and it has to be effective – otherwise you simply won’t stick with it! There’s no need to struggle through a dry textbook when you have the option of interactive audio lessons, games and quizzes online.

If you want to see how Rocket Languages could help you learn a second language fast, you can sign up for a completely free trial of their Japanese program here: