Team Japanese uses affiliate links. That means that if you purchase something through a link on this site, we may earn a commission (at no extra cost to you).
133 shares
LIMITED TIME OFFER!

Could you learn another language? Should you? According to all the research, the answer is YES!

Learning a new language has all kinds of benefits. Some are obvious, and some might surprise you!

Not only will learning a new language make it easier to travel and make friends all over the world – it will actually make you smarter! Learning another language challenges your brain in all sort of ways. Over time, your problem solving abilities will improve. Multiple studies have found that students who study a foreign language get better results on standardized tests than their monolingual friends.

Who wants a better memory? All of us, right? It’s no secret that having a better memory can help everyday tasks go that much smoother. Well, if you want to improve your memory, start learning another language right now! After all, the brain is a muscle, and the more you use it, the stronger it will get. When you study a language, you are constantly learning new vocabulary words and grammar rules. Studies have found that as a result, your general ability to recall facts improves.

People who speak more than one language are better at multitasking. This is because language learners develop their memories and their ability to focus. They can take on a new task, and get to grips with it much quicker than a monolingual colleague.  If you can switch between languages quickly, you will also be able to switch between tasks – a fantastic tool for getting more done in life!

Sorry, languages can’t make you look younger – but they can help your brain stay younger for longer! Scientists have found that speaking two or more languages can stave off signs of Alzheimer’s and dementia. The first signs of dementia typically appear around four and a half years later in bilingual adults. 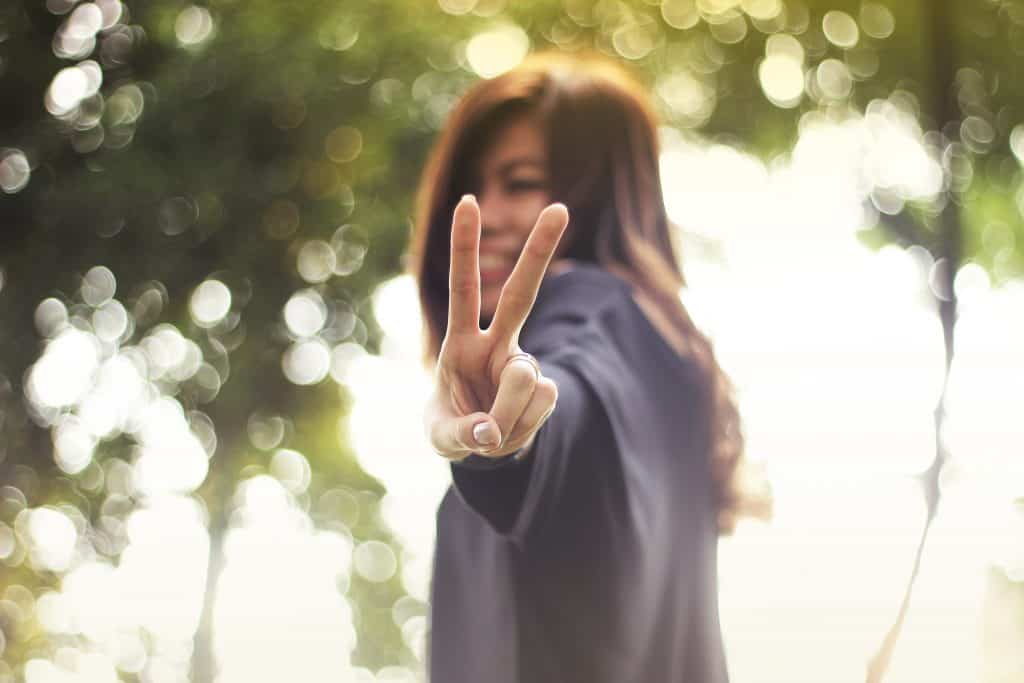 Whether your first language is English or something else, learning a new tongue will improve your understanding of your native language. This is because you will develop your understanding of how languages work in general. You improve your knowledge of grammar and sentence structure, and you’ll develop an innate sense of how language can be manipulated. As a result, you’ll be a better writer and communicator – in any language.

A study by the University of Chicago found that people make better decisions when they consider the situation in a second language. This is because when you speak a foreign language you have less emotional response to language tricks like persuasive language, advertising slogans and taboo words. In this way, you can analyse a decision more objectively. It’s even been suggested that this could help you make better financial decisions!

Various studies have shown that people who learn languages are more sensitive to their surroundings. They have a better ability to focus on important information and filter out misleading facts. They are also more perceptive to differences between languages – even languages they have never studied before! Of course, this makes it easier to learn new tongues in future.

It might not sound quite so crazy after reading about all the other benefits above, but learning another language can literally grow the size of your brain! In 2014, Swedish scientists studied the brains of a group of military recruits who were taking an intensive language course, along with a control group who studied other subjects. The scientists found that certain parts of the language learners’ brains grew in size. Pretty cool right? Who wouldn’t want a bigger brain!

Not only will a second language open the doors to so many potential jobs in other countries around the globe, employers love it! Even if your dream job doesn’t specifically call for a certain language, it will certainly make your CV or resume stand out. Also, bosses love to hire people who learn languages, because they recognise the intellectual benefits and the fact that you’re motivated. They know it’s no simple thing to learn another language, so good on you for sticking with it! 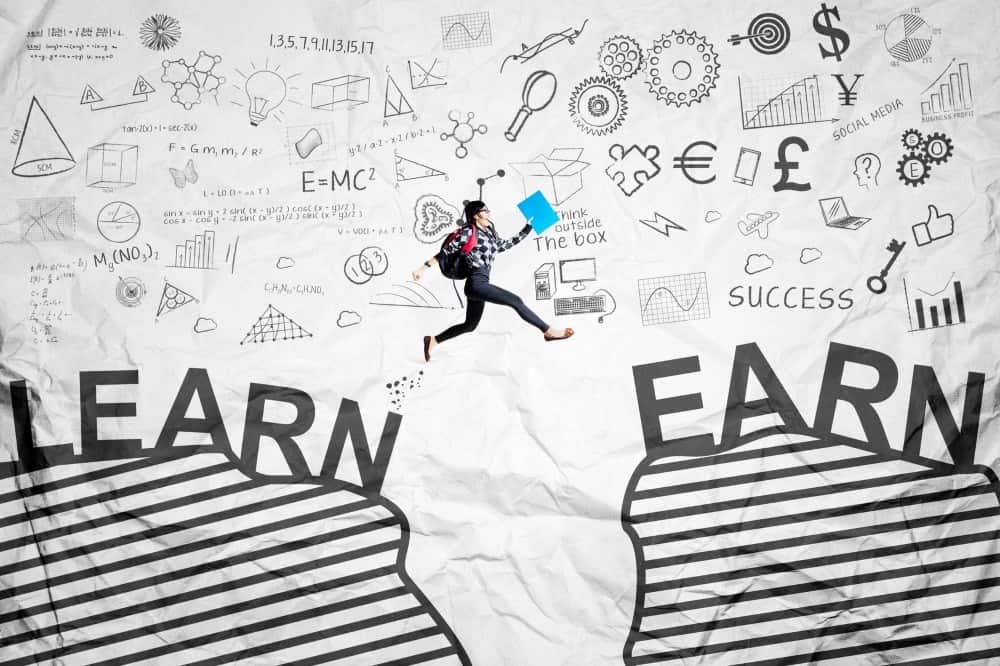 This is probably the first reason many of us are attracted to the idea of learning another language. It’s an obvious one, but we couldn’t leave it out! Language is all about communication, after all. The more languages you speak, the more people you can communicate with! Just by learning Japanese, you will be able to communicate with 125 million native speakers – that’s 125 million potential new friends! These days with social media, Skype, Line, Whatsapp and so many other instant ways to connect, living across the world from each other is no barrier to friendship.

Traveling is awesome. There’s nothing like the feeling of waking up in a new country with totally new places to explore, new foods to try and new things to see. As an English speaker, you already have a huge advantage because so many people around the globe speak some English. But when you can communicate with people in their own tongue, you open yourself up to so many new experiences. For a start, most people are delighted to meet a tourist who’s made the effort to learn to speak their language. You will attract more kindness and interest in return for showing them that politeness. Secondly, you just can’t rely on finding English speakers everywhere you go – particularly if you plan to head off the beaten track! Yes, you can usually make to with a phrase book and some tactical body language, but you will get so much more out of the experience if you are actually able to have a conversation with people.

Did you know that learning a new language can make you a more creative person? All the brain-boosting effects we’ve mentioned above can help your creative thinking. In addition, speaking a new language forces you to reach for new ways of thinking and expressing yourself. When you can’t remember the word you need, you have to think of a creative new way to explain it. Scientists have also proven that bilingual people are more creative. Awesome!

We all know that famous quote by the philosopher Wittgenstein: ‘The limits of my language mean the limits of my world.’ When you learn a new language, you expand the horizons of your understanding. Languages are not just words and grammar patterns – they are cultures. As you learn a new language, you will also start to learn more about the way that people think and act in that language. Many bilinguals report that they seem to take on a different personality when they switch to a different language. Learning a language is like a window into the mind and soul of another culture. Pretty cool, right!

The more you learn, the easier it gets!

So what if you don’t want to stop at one foreign language… you want to speak several! Well, the good news is that it gets easier the more you speak! There are so many reasons for this. Of course, if you start learning a new language that is similar to one you already speak, you will recognise a lot of the grammar and vocabulary (if you already know Japanese kanji, you will find Chinese a lot easier). But even if you go for a completely different language this time around, you will have some advantages. Your brain has been trained in the specific skills needed to learn new languages, and will respond to a new language faster. You will also be more experienced in which study methods work for you, and will learn more efficiently. Finally, think about the motivational effect – you KNOW you’ve got this!

Learn another language for your health, job and social life!

We hope that the list of benefits above have convinced you: people who learn languages have huge advantages in life! Of course, we recommend that you start with Japanese, but we might be biased. 😉

You can read more about the specific benefits of learning Japanese here.

If you’re ready to dive in and get learning, why not try a no-commitment, completely free trial of our recommended online Japanese course. The free trial includes lifetime access to over 4 hours of quality, interactive lessons.

Learning another language could be the best thing you ever do for yourself – you won’t regret it!