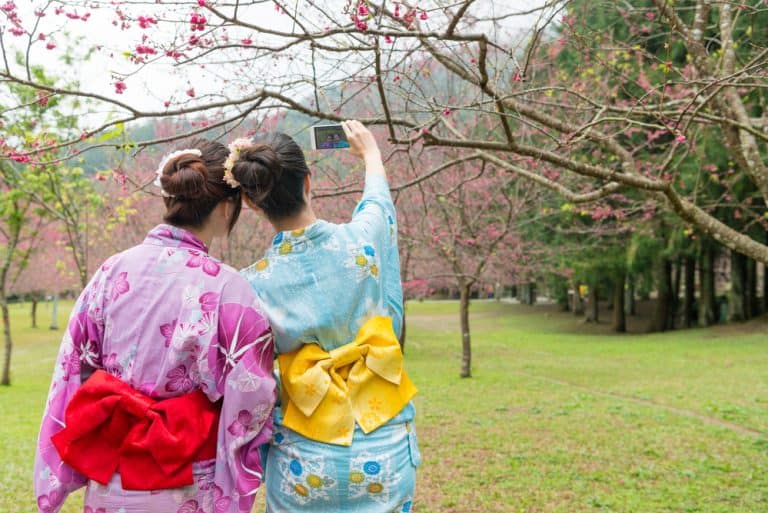 Team Japanese uses affiliate links. That means that if you purchase something through a link on this site, we may earn a commission (at no extra cost to you).
3636 shares
LIMITED TIME OFFER!

Close friend, best friend, childhood friend, BFF – we describe our friendships in English using adjectives before the word ‘friend’. We can use other words for people we know from work and school such as colleague, acquaintance, peer and so on.

It should come as no surprise that Japanese has more than one word for ‘friend’! Yes, there is a whole world outside of just tomodachi for describing our different friends in life.

The kanji characters for these words can help us understand and memorize the meaning behind each way to say ‘friend’ in Japanese.

For example the kanji character 友（とも/ ゆう・tomo / yuu）found in tomodachi means ‘friend’, and it appears in several words about friendship.

There are many types of ‘friend’ words which don’t use this kanji though, and today we hope you walk away better informed with some new vocab up your sleeve!

Tomodachi (友達 / ともだち) is first up and it’s the one that you probably already know. It’s divided into two kanji characters tomo (友 / とも) which means friend, and dachi (達 / だち) which refers to the plural form of the noun for ‘person’ (more than one).

For example watashi means ‘I’ in Japanese but watashi-tachi (私達 / わたしたち) means ‘we’ or ‘us’. So tomo-dachi literally translates to ‘friends’!

But it actually doesn’t matter whether it’s one, two or more friends you are talking about, tomodachi is both singular and plural.

Tomodachi can be used in most situations, but it doesn’t reveal any details about the closeness of the friendship. Tomodachi could be a friend who you just enjoy spending time with, or it could mean someone you’re close to… we’ll never know!

Yuujin (友人 / ゆうじん) is the formal version of tomodachi and shares the same first kanji 友 (friend), pronounced here as yuu with its Chinese reading (onyomi). If you’ve learned the Grade 1 Jōyō kanji, you will recognize the next character人 (じん/jin) which means person!

Like tomodachi, yuujin can be both singular or plural, so you can refer to one or many friends using this word. The difference is that yuujin is used in formal situations while tomodachi is a casual word used by children too.

If speaking about a friend in a job interview, work, or at special event, yuujin is more appropriate:

Yuujin can be used in casual conversation too, it’s just less common than tomodachi!

Shinyuu (親友 / しんゆう) doesn’t have a direct translation in English, but we know from its kanji characters that this friend is closer than your tomodachi or yuujin.

Your shinyuu is the friend you have a deep connection with and who is there during the good and bad times. They are special to you!

You can use shinyuu to distinguish this friend from the rest.

We know shinyuu is a really close friend but daishinyuu (大親友/だいしんゆう) is your BFF (best friend forever)! The first character, dai (大 / だい) means ‘big’ or ‘great’ and emphasizes that this person is indeed your number one friend.

Nakama (仲間 / なかま) refers to the relationship between people who do a professional or shared activity together whether its work, a hobby, a club etc.

Nakama has two kanji: 仲 (なか/naka) which means ‘relation’ or ‘relationship’ and 間（ま/ma）which means ‘among’ and ‘between’.

Nakama is popular in anime because its group-oriented, and members share a common goal or aspiration.

Mikata (味方 / みかた) describes a friendship where you are ‘on someone’s side’ or you share the same goal or circumstances. In this way it is similar to nakama, your companion through a shared activity.

方 (kata) means a direction, so we could think of mikata as a sense for the same direction, if that makes it easier to remember!

Most likely said by a guy to his comrade:

Daijoubu, ore wa kimi no mikata da yo!
大丈夫、俺は君の味方だよ！
だいじょうぶ、おれはきみのみかただよ！
Don’t worry, I’m on your side no matter what! / It’s okay, I’m your ally no matter what!

Douryou is a formal expression that we can use for our coworkers. The kanji 同 (どう / dou) means ‘same’ in English, and 僚 (りょう/ ryou) means an official, a colleague or a companion. Therefore we can think about douryou as people who share the same workplace.

Kinou, douryou to sushi wo tabeta.
昨日、同僚と寿司を食べた。
きのう、どうりょうとすしをたべた。
Yesterday, I ate sushi with my colleague.

Osananajimi is a childhood friend you grew up with and it has an air of nostalgia about it. 幼 (おさな/osana) means ‘childhood’, 馴 (な/na) is the kanji for ‘to get used to’ and 染 (じみ/jimi) means to dye or stain.

While the last kanji is a little random, we could remember osananajimi as a friend who you knew for so long, they’re stuck in your memory like a dye stain on your clothes. How’s that for memorization?

Shiriai (知り合い / しりあい) combines two words, shiri (知り) meaning ‘to know’ and ai (会い/あい) meaning ‘to meet’. Shiriai translates to ‘acquaintance’ in English, the people you meet in different settings through work or a mutual friend for example.

Kanojo no shiriai ga ooi desu.
彼女の知り合いが多いです。
かのじょのしりあいがおおいです。
She has a large circle of acquaintances / She has many acquaintances.

A similar word to shiriai is chijin (知人/ちじん) which refers to someone whom you know by name and are familiar with.

So, now you know lots of different ways to say friend in Japanese.

Are you ready to take the next step in your Japanese language journey? Our recommended online course is JapanesePod101.