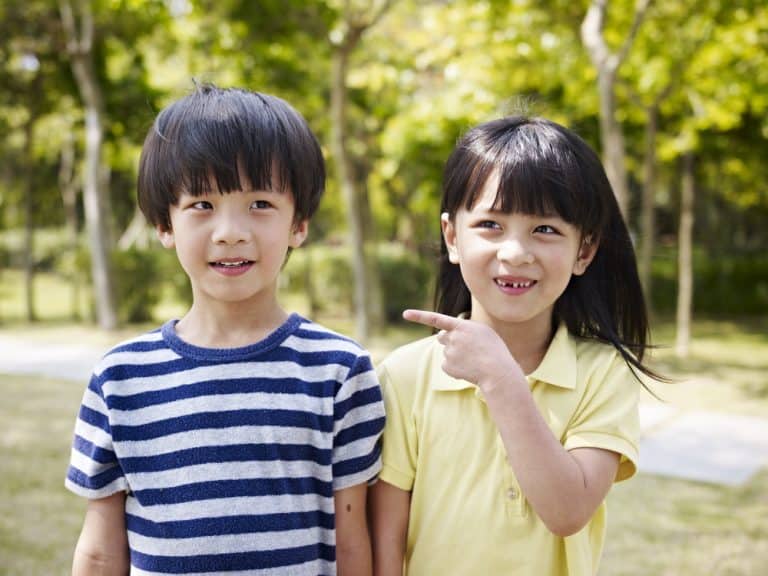 Team Japanese uses affiliate links. That means that if you purchase something through a link on this site, we may earn a commission (at no extra cost to you).
58 shares
LIMITED TIME OFFER!

The first thing you need to know about saying ‘you‘ in Japanese is that… you probably shouldn’t say it!

Anata (あなた) is the direct translation of ‘you‘ but it’s rarely used by native speakers and sounds offensive if not used correctly.

If you really need to say it, the unspoken rule of how to say ‘you‘ in Japanese, is to say the person’s name + one of the many Japanese honorifics.

Most of the other ways to say ‘you’ in Japanese tread a fine line between rude or affectionate… confusing right?

That’s why we’ve compiled a list of words for you with conditions for use and a politeness rating with 5 being the most polite to help you out.

Now go ahead and choose wisely!

The most acceptable way to say ‘you’ (especially in the workplace and with people you’ve just met) is to take the person’s name and add an honorific suffix such as -san. If you don’t know what an honorific is or how to use them, read this article on Japanese Honorifics.

Example 1: At work
I ask my colleague, Yuko Nakamura, if she has plans for the summer holidays:

Literally: I haven’t decided anything yet for the summer holidays… and Francesca-san?

What this translates to is, and you?

Example 2: With a close friend
Your friend’s name is Miyu and you’ve misplaced your keys:

Literally: Did I give Miyu-chan the keys?

Meaning: Did I give you the keys?

In casual settings, you don’t always need to use the personal pronouns ‘you’ and ‘I’ to be polite and understood in Japanese.

Going back to Miyu–chan and the keys from example 2 above, the sentence works perfectly without saying ‘you’:

Here, you don’t say ‘I’ (watashi) or ‘you’ (Miyu-chan) but the meaning is implied because Miyu is with you.

This is not appropriate for workplace settings or when speaking to elders / people you don’t know, so when in doubt, use their name + honorific.

Anata is the most common translation of ‘you’ but it’s considered a bit robotic, with a few exceptions.

One is between spouses, where wives use anata for their husbands meaning darling, sweetie or honey.

Excuse me, is this your umbrella / does this umbrella belong to you?

Other situations where anata is used is in advertising, computer-generated questions and when people need you to fill out forms because they don’t know your name, but they still want to address you in a personal and polite way:

What is your age / what age are you?

Otherwise, using anata is like pointing a finger at someone and shows you are distant or even suspicious of them. It’s derogatory when used with a person older than you or of a higher position and should be avoided where possible.

A great video on how to use anata is this one by Hiroko from Japanesepod101.com:

Anta is a less polite, short version of anata. Though less common, it’s sometimes used by older family members to younger ones in an endearing way such as ‘dear’.

Today I’ll make whatever you want to eat, dear.

Between friends, anta can be a casual way to say ‘you’ but it can also sound like you’re talking down to someone so handle with care.

Sochira means ‘that one‘ or ‘that way‘ but it’s also a polite way of saying ‘you‘ often used during business phone calls:

Certainly. Well then, I shall call you on Friday.

Kimi is an informal, masculine way to say ‘you‘ used to indicate either authority or affection. It’s not used much in daily conversation and should never be used towards an older person or someone of higher rank.

The kanji 君 for kimi is the same as the honorific suffix -kun, but with its Japanese reading (kunyomi) it’s pronounced kimi.

In the workplace, kimi is sometimes used by bosses to employees (male or female), which implies their position in the hierarchy:

Can you fill this out please?

The other well-known use of kimi is in songs, haiku (Japanese poetry), manga, anime and dramas. It’s used by both males and females (but mainly boys) towards someone they are referring to romantically.

There are numerous Japanese works that start with kimi:

O-mae means ‘the one in front of me’ and is a casual, slightly rough way of saying ‘you‘ commonly used among men towards those younger / lower in status.

Interestingly, o-mae was originally a polite word used for noblemen, hence it begins with the Japanese honorific prefix -O. The polite nuance has completely disappeared over time though.

When I taught at an all-boys high school in Tokyo, every male teacher regularly used o-mae with students, especially when scolding them. To be more aggressive, they would say O-mee (おめえ)。

What (the heck) are you doing?

Why don’t you do your homework?

However, like kimi, o-mae can simply show you are above someone in position / age without being condescending.

It’s common for boys and men to use o-mae with their friends, especially in a joking way.

And anyone can use o-mae for a pet:

O-mae is typically masculine but it’s popular among high-school age girls for addressing boys of a similar age.

Kisama is a very condescending way of saying ‘you‘ found mainly in manga and anime.

In Dragon Ball Z, Vegeta (the villain) often calls Goku (the good guy), kisama. It could be seen more like ‘Oi, YOU (insert swear word)!‘

Like o-mae, kisama was not always rude and originally used by those with high social status in Japan to properly address those below them hence the use of the honorific suffix -sama (様 / さま)。

Temee is the most insulting way to say ‘you‘ on our list. It basically means you’re about to start a fight with someone.

Unlike, o-mae, temee only has a derogatory meaning. It’s along the lines of You bastard!

It appears in Japanese dramas and anime and you will hear it when someone is provoking someone.

We advise against using temee ever, but it’s good to be aware of it!

How to say you in Japanese

Now you know several different ways to say you in Japanese. Yes, it does seem confusing to have more than one word – but remember, if in doubt, just use the person’s name!

1 thought on “How To Say ‘You’ In Japanese (Without Starting a Fight!)”