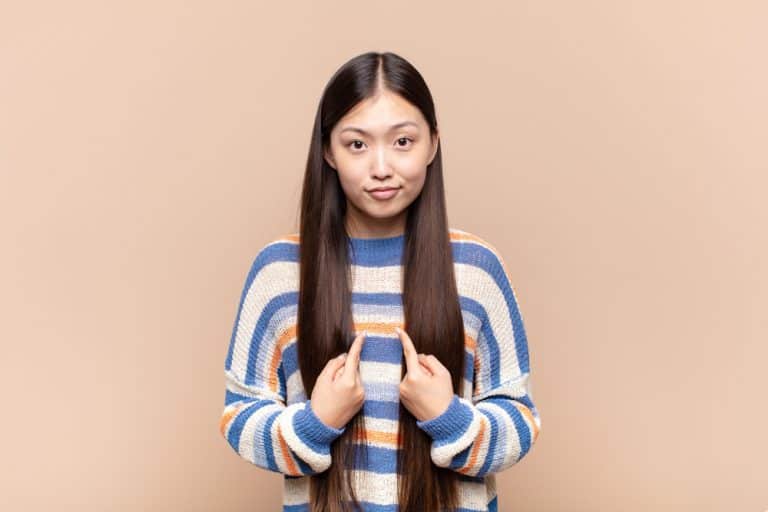 Team Japanese uses affiliate links. That means that if you purchase something through a link on this site, we may earn a commission (at no extra cost to you).
28 shares
LIMITED TIME OFFER!

Chances are you already know that watashi means ‘I’ in Japanese.

We hate to break it you but… there are more than 10 other ways to say ‘I‘. Yikes!

We’ve decided to help you out by writing an entire article on how to say I in Japanese.

Just like Japanese honorifics, deciding how to say ‘I‘ depends on things such as the situation, status, gender and age of the speaker. With so many different ways to say ‘I’, you can bring your personality into conversations because each word has its own unique feeling.

To help you master how to say I in Japanese, we have included guidelines for the formality, gender and frequency of each word.

Watashi is the standard word for ‘I‘ so it gets the biggest explanation. It can be used by men and women of any age and in any situation.

It’s one of the first words you learn for the Japanese self-introduction known as jikoshoukai (自己紹介 / じこしょうかい). Watashi can mean both ‘I‘ and ‘my‘.

Nice to meet you. I am Antonio.

When used with no (の), the Japanese particle that shows possession, watashi means ‘my’.

My name is Rachel.

In everyday conversation, it’s not necessary to use watashi every time you want to say ‘I‘. Native Japanese speakers don’t use it a lot because it can sound repetitive and people easily understand from the context when you are talking about yourself!

If we remove watashi from this sentence, it has the exact same meaning.

In formal situations, it’s better to use watashi but in casual situations it’s considered feminine. For this reason, men prefer other ways of saying I in Japanese.

Atashi is an informal version of watashi used by females. Atashi is only written in hiragana. It has a gentle, softer sound which is considered feminine and is commonly used among young women and girls.

Uchi originally comes from Kansai (Osaka’s region) and is an informal way to say ‘I‘ and ‘My‘. It’s used by women in casual chit-chat and is popular among female school students.

Normally, uchi is written in hiragana (うち) but the kanji (内) means inside. When it’s written with the character 内, it can mean my home/our company/our organization.

Again, with the possessive particle no (の), you can use uchi to say ‘my’.

My cat is cute.

Men can use uchi too, especially in casual conversation but in general it’s considered feminine.

Boku is the go-to ‘I‘ and ‘my‘ word for boys and men of all ages. It’s more casual than watashi and has a mild but masculine feeling.

You could call boku ‘the nice guy’s word‘. Even though boku is informal, men sometimes use it in the workplace. However, watashi is always the most appropriate in a formal situation.

Ramen is my favourite (number one) food.

For men in casual conversation, the choice between using boku, watashi and ore (see below) is based on one’s own personal preference.

Sometimes, girls use boku in anime and song lyrics but it’s considered an artistic use of the word.

Ore is the stronger and rougher brother of boku. It’s an informal way of saying ‘I‘ used by men and sometimes sounds a little heavy.

Actually, ore gets its bad reputation from the way it’s used by characters in anime where it can command authority and masculinity.

I am done with mankind!

On the other hand, with close friends and family its very common for men to choose ore:

Ore is not appropriate for business situations and we don’t recommend using it with strangers or people of a higher status.

Jibun translates to ‘oneself‘ and has many uses. We’ll just go over how it can be used as ‘I‘ and ‘myself‘ but it’s important to note that in the Kansai region, jibun means you.

In history, jibun was the way of referring to yourself in the military and within sports teams which gives it the feeling of being less personal and part of something bigger.

Jibun is a popular choice when you want to remain neutral in how you express yourself, neither too feminine nor too masculine.

I have never been abroad.

I made it myself.

Watakushi is the most polite way of saying ‘I‘ and is written with the same kanji character (私) as watashi.

Watakushi is rarely used except for speeches, official announcements, and ceremonies. People use it to humble their speech and its often used by those working in customer-service.

You are at a restaurant in Tokyo and you ask the man serving you where he is from in Japan.

By using watakushi, the waiter shows respect to you as a customer when speaking about himself.

How to say I in Japanese

We’ve covered some of the most common ways to say I in Japanese. Believe it or not, there are tons more Japanese words for ‘I’ – but many of the others are regional words, or only used in very specific situations. If you learn all the words in this article, you’ll have mastered all the ‘I’ words you’re likely to hear in everyday life.

While it might seem confusing to have more than one word for the same thing, we hope you can see how it can also be a fun way to express your personality! You’ll soon get the hang of these new words once you start recognising them in conversations, in dramas or anime.

While you’re here, check out these related posts: