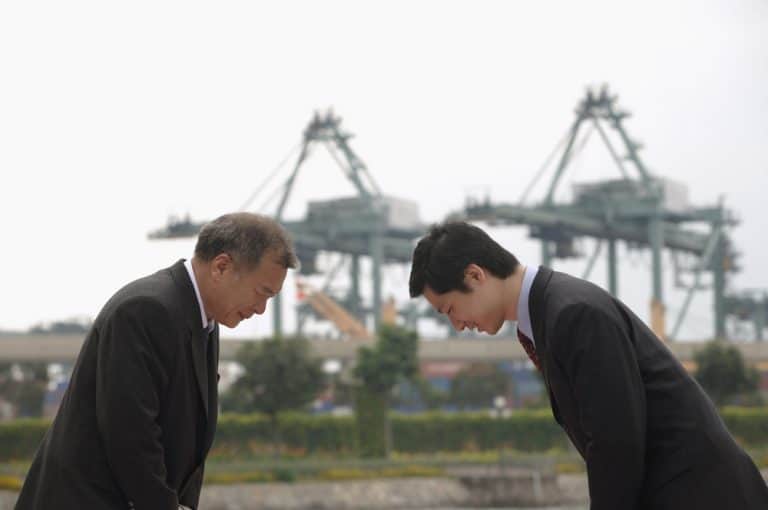 Team Japanese uses affiliate links. That means that if you purchase something through a link on this site, we may earn a commission (at no extra cost to you).
56 shares
LIMITED TIME OFFER!

We all know that Japan is famous worldwide for being a polite culture.

Japanese honorifics are one of the ways that people show this respect when speaking to each other.

We use Mr., Mrs., Ms., and Dr. before someone’s name in English to show respect. If we don’t know their name, we can use Sir and Ma’am. These are all considered to be formal. When we know someone well or if someone gives us permission, we don’t need to use honorifics, we just call them by their first name!

Japanese honorifics are used after a person’s last name. They are only used after first names if you have a close relationship or for a child.

Let’s look at the main Japanese honorifics today so you can learn how to use them!

This is the most common Japanese honorific. It can be used for a person of any age or gender. It’s neither very casual nor very formal. San is the safest choice if you are meeting someone for the first time. You add –san to the person’s last name. Only use it with their first name if you are friends or family!

If you aren’t Japanese, don’t worry if someone uses your first name with san. For example, if your name is Andrew Campbell, you might be called Andrew-san. This is not informal, it’s to show respect for foreigner’s who have a custom of calling each other by first names!

Chan is informal and used mostly for girls and between female friends of any age. It’s also used for children (both girls and boys) and showing affection to something you find cute such as babies, pets and yes, lovers!

Just be careful not to use this with people older than you (unless you have Japanese grandparents). You could sound rude!

Sometimes, a person’s name is shortened when using chan which shows deep affection.

Kun is informal and used for boys and men that are younger or the same age as the speaker. It’s often used by teachers toward male students and casually by older men to younger men in the workplace.

Both males and females can use kun when speaking to a child or teenage boy. Kun can also be used by females to show affection to their male partner. In this case they can use their significant other’s first name.

Sama is the most formal Japanese honorific and is part of polite language called keigo. It’s used in business situations and for people of a higher rank. Sama is so polite that it’s also used to refer to Gods as in kami-sama（神様 / かみさま）.

You will hear sama being used in shops and hotels in Japan when employees talk to customers (kyaku in Japanese). Another Japanese honorific -O is used before kyaku as in o-kyaku-sama（お客様 / おきゃくさま）。This is considered very polite.

Sensei means “the one who came before” and is a word that many of us know from Japanese martial arts like karate and judo. It’s also used for teachers, doctors, politicians, lawyers, and people who are masters in a certain skill.

To be safe, always use -sensei instead of -san if you know that you are speaking to someone with this title.

In school, students sometimes drop the last name of a teacher and refer to them simply as sensei, especially while in class or in passing. This is more familiar but still respectful.

Shi is a formal honorific used mostly in written documents to address someone who you probably haven’t met in person.  The person’s name will be written and then followed by shi (氏).

Japan has a long history of hierarchy, meaning that people were ranked from high to low depending on their status.

This is still important in Japan today and Japanese honorifics are used to describe rank within the workplace.

Here are some good ones to know.

These common workplace honorifics are formal and can be used with last names, but they are often used alone by company employees.

The last name of the president is Yamaguchi. It’s possible to address him as Yamaguchi-Shachou (山口社長 / やまぐちしゃちょう) or just shachou. This can be applied to kaichou and buchou as well. Removing the last name does not make it impolite.

All teachers are addressed by last name plus sensei, but like the honorifics above, the following can be used alone.

E.g. If your Principal’s last name is Kojima, he can be addressed as Kojima Kouchou-sensei (小島校長先生 / こうじまこうちょうせんせい) or simply Kouchou-sensei.

Students will use the last name of another student plus senpai or kouhai but it’s more common for younger students to use the honorifics when addressing seniors.

The older student’s name is Keisuke Saitou. His juniors would call him Saitou-senpai (斎藤先輩 / さいとうせんぱい)。

Did you know that Japanese honorifics can be used for some verbs and nouns such as food? O （お）and Go（ご / 御）can be placed at the beginning of a word or a sentence to make them more polite.

O is used before certain words to show a feeling of respect. You might know that a Japanese lunchbox is called bento but we often hear people say obentou (お弁当/おべんとう).Other common examples are sushi which becomes osushi (おすし) and yu meaning “hot water”  becomes oyu (おゆ) when it’s used for talking about bathing, cooking and drinking.

When asking personal questions to others it’s good to be polite. We can use O at the beginning of a question to make it softer. If we don’t use the Japanese honorific O, it can sound a bit rough.

O genki desu ka? お元気ですか？  How are you?

Go (ご) is the same as O (お) but it’s used before words of Chinese origin.

We usually find this Japanese honorific in formal announcements to customers like at the train station or when a company communicates by phone or e-mail.

Go renraku arigatou gozaimasu. ご連絡有難うございます。Thank you for contacting us.

And there you have it! There are many more Japanese honorifics and examples but we hope that this beginner’s guide helps you to communicate with respect in the future!