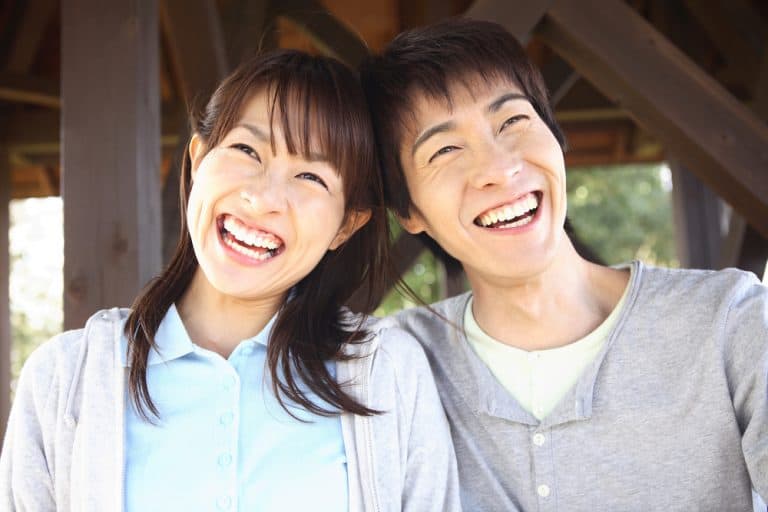 Team Japanese uses affiliate links. That means that if you purchase something through a link on this site, we may earn a commission (at no extra cost to you).
6 shares
LIMITED TIME OFFER!

Do you have a Japanese boyfriend or girlfriend and want to take it to the next level by calling them by a sweet, cute nickname? If you’re stuck on what to call your lover in Japanese, this is the guide for you!

Terms of endearment work uniquely in Japan because of its formal and introverted culture. It gets a little tougher to make things affectionate or cutesy. But never fear! Here are a few cute nicknames and how to use them.

Do Japanese people use nicknames?

Yes, they do! But they are rarely used in daily life. Also, Japanese nicknames don’t work the same way English or other Western nicknames do.

Since Japanese is a very formal language, many words sound ‘distant’ from the speaker or receiver. Their culture is also reserved. When it comes to expressing emotions, Japanese people tend to be implicit rather than direct.

Hierarchy is also a big cultural factor. At the first stages of getting to know someone, Japanese people typically address each other by their surnames, usually adding the honorific suffix -san (～さん) to be polite.

When they grow closer as friends, they may feel comfortable enough to address each other by their first name. This is already intimate enough for many!

The word aishou (愛称 / あいしょう) means ‘pet name’ and adana (あだ名 / あだな) means ‘nickname’. These can range from affectionate and cute, to funny or even corny.

There are three common ways of making a nickname in Japan.

This is probably the most popular way to create nicknames. When you are on a first-name basis, you can shorten their name and add a suffix of your choice.

The most common informal suffixes are-chan (〜ちゃん) and -kun (〜くん). Take note that these are appropriate only for people you are close with!

Again, these are only appropriate for close friends, your boyfriend, or girlfriend. A good example is the cute nickname ‘Kanchi’, which the character Rika (from 1991 dorama ‘Tokyo Love Story’) gave her boyfriend, Kanji!

Young children are also given nicknames with -chan, -kun and other cutesy suffixes. Celebrities, too! Like Shokotan for singer Shoko Nakagawa. Sometimes, fans use both their first and last names, like KimuTaku for actor Takuya Kimura.

Characteristics of a person

Here’s a fun way to call your friends! Nicknames can also be created by highlighting certain characteristics of a person. For example, if their hair is dyed pink or red, resembling a strawberry, then they can be Ichigo-chan or Ichigo-kun (Strawberry).

Some groups of friends can use words like baka (バカ) for ‘stupid’ or dassei (だっせー) for ‘uncool’ affectionately. These can be associated with funny or embarrassing events that they experienced and their friends decided to call them such because of it.

Feeling pun-ny? This can be done by substituting a kanji for another one that sounds similar or has the same meaning.

Video games are a good place to look for examples. The character Phoenix Wright from ‘Ace Attorney’ is named Ryuuichi Naruhodou (成歩堂龍一 / りゅういちなるほどう) in Japanese. It is a known pun on the word naruhodo (成程 / なるほど) meaning ‘I see’ or ‘That’s right’!

What to call your lover in Japanese?

There are many ways to refer to your girlfriend or boyfriend in Japanese, but you’ll notice that not all of them are that cute and affectionate. Here are some popular Japanese endearments for lovers:

Daarin is the best way to say ‘my darling’ in Japanese. Since the Japanese language doesn’t really have any native terms of endearment, they have borrowed this from English!

Daarin is a gender-neutral term of endearment, so both boyfriends and girlfriends can call each other this way. Married couples also use this as a way to affectionately call their spouses!

Another loan word from English, hanii stands for ‘honey’. This is also gender-neutral, so couples can use it regardless of their sex. It can be a bit embarrassing to use in public, even for husbands and wives. It’s a bit like PDA to call someone hanii around others!

Anata means ‘you’ in Japanese. Pretty sure you’ve heard that it is considered rude to use it with people you are not close with. That is not the case between couples, though!

Though this is more common among older generations, anata is a common term of endearment for wives to call their husbands. Sometimes, the speaker shortens it to anta (あんた). It can also be written with different kanji, depending on who you are referring to.

‘You’ in this sense is very intimate, especially in a romantic relationship. There are similar words like kimi (君 / きみ) and omae (お前 / おまえ). Both are used by males to refer to their female partner, and are more common among older generations. This is less preferred nowadays because of its sexist nuance.

However, if you listen to a lot of Japanese love songs, kimi and omae are used in romantic lines to convey things along the lines of ‘my love’!

As we know by now, Japanese people don’t call their lovers ‘honey pie’, ‘sugar muffin’, or ‘butter ball’. Though Japanese terms of endearment are pretty limited, you can express a high level of intimacy by calling someone by their first name or nickname.

Of course, no couple goes without a couple of embarrassing pet names when they’re alone.

This video from popular YouTubers Rachel and Jun can give you extra insight about nicknames in Japan!

Want to learn more Japanese to talk to your Japanese friends or daarin? Our recommended language course is JapanesePod101! You can take basic lessons for free, or access 1000s of lessons in the archives from just $4/month. They even have a 73-lesson pathway called ‘Talking With Your Japanese Partner‘! 😍