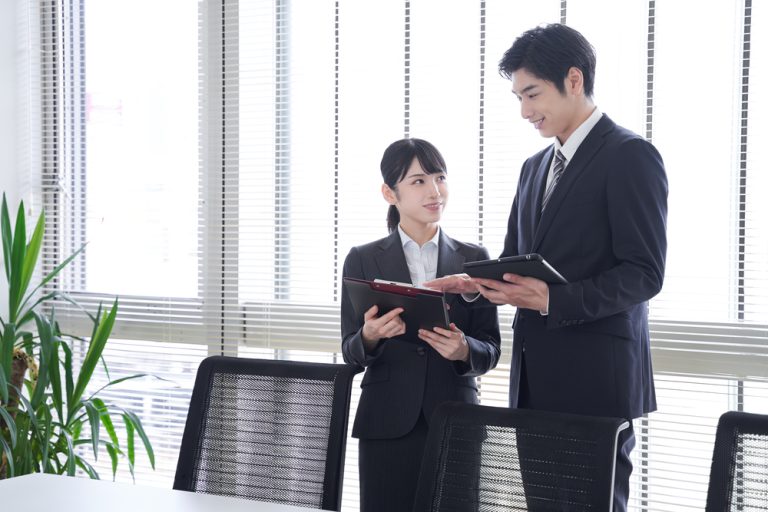 Japanese society embraces a hierarchical system especially when it comes to school or work. You may know it as the senpai-kouhai system.

Senpai (先輩 / せんぱい) means one’s superior. The opposite of senpai is kouhai (後輩 / こうはい), one’s junior, a younger person or colleague who has little experience.

Today we will highlight the background of the term kouhai, how to use it, and the roles or expectations of one!

The meaning of kouhai in Japanese

Kouhai (後輩 / こうはい) is a Japanese word that means ‘junior’, ‘younger person’, or ‘subordinate’. It can be someone who is a level lower than you at school. At work, it can be a new hire to the company.

This word is part of the JLPT N2 level vocabulary but can be encountered often in popular anime and manga.

Let’s break down the kanji for kouhai! It is made up of two characters: the first one with an onyomi reading of go or kou (後 / ゴ / コウ), which stands for ‘behind’ or ‘later’. The second one is read as hai in onyomi (輩 / パイ), and it means ‘comrade’ or ‘companions’.

When placed together, it can be interpreted as ‘later companion’.

Kouhai is also the opposite of senpai, which means ‘senior’. Its kanji, on the other hand, can be interpreted as ‘ahead companion’.

How to use kouhai

There are a few ways to determine one’s position in a senpai-kouhai relationship.

Someone is your kouhai when they:

Contrary to the word senpai, kouhai is not used to address someone directly, like when trying to catch their attention.

Kouhai can be used as an adjective to describe one’s status as an underclassman.

Also contrary to senpai, kouhai is not used as an honorific suffix appended to someone’s name. Instead, it can be substituted with the suffix -kun, especially among students. Though -kun is seen as a masculine suffix, it can also be used when men address younger women.

However, it is more common among working adults to use the suffix -san while addressing colleagues. This goes the same way for those in a senpai and kouhai relationship.

Following the standard Hepburn romanization system of Japanese, kouhai is correct. In kana, kouhai (こうはい) is written with o (お) and u (う) next to each other to create a long o sound (おう). Other versions of this in romaji is the use of ō with a macron (ex. kōhai), indicating an elongated o.

There is nothing wrong with using kohai, though it is recommended to follow the standard romanization for better accuracy.

It’s often said that senpai-kouhai is the same as ‘mentor-protege’. Upon a kouhai’s entrance in a school club or company, senpai or the seniors are supposed to show them how things work. New members are given advice or guidance on what their duties are, the rules they must follow, and many more.

Kouhai, in turn, must show respect for their senpai. As newcomers who oftentimes are younger than their seniors, they should listen carefully to the advice they are given.

Many get confused, but senpai are not equivalent to bosses. They can be your fellow colleagues who just entered the group earlier than you, hence, the mentor-protege dynamic is not as strict.

But is it possible that a kouhai can get bullied by their senpai? Or that they experience discrimination? Absolutely, but the senpai-kouhai relationship is supposed to be built on respect. A senior must act responsibly to gain the respect of their juniors, and in turn, a junior must repay the kindness.

When the time comes that the kouhai get their own juniors, they can use what they learned from their seniors to become an equally good role model for the newcomers.

From the bottom to the top

This hierarchical structure is heavily rooted in the Confucian philosophy of filial piety, loyalty, and obedience. One prominent example is the early Japanese feudal system.

In feudal Japan, the shogun sat at the very top of the social and political pyramid. Below him were the daimyo or lords who are entrusted land and domains to watch over. The daimyo must pay their loyalty to the shogunate. Next after daimyo was their army of samurai (and wouldn’t you know, the samurai had their own rank system too!), followed by the peasants, artisans, and merchants.

The feudal system continued to evolve until the samurai became less essential after the wars. Artisans and merchants suddenly climbed the social ranks as economy and trade was gradually prioritized over war.

This social structure dictated one’s position and way of life, as well as to whom they must pay respect to. However, like some old traditions, it faded away. This is not to say the same values aren’t well-kept until today. Respect, obedience, and loyalty is still reflected in the senpai-kouhai system, for example.

The role of kouhai at school

Senpai-kouhai relationships are most evident in anime and manga, particularly those set in schools. Kouhai here are the students who are in a lower grade than you.

Take after-school clubs, for example. When first-year students enter a club, they become kouhai of second and third year students.

It can be exciting to be guided by your seniors, but the role of a kouhai in school clubs can be tough as well. They are tasked to set up or clean up the club room or venues, and asked to run errands for older students like buying snacks, picking up equipment, washing their clothing after sports matches, for example.

The role of kouhai in the workplace

In the workplace, one can be a kouhai regardless if they are older or younger. The same goes for senpai. More often than not, a junior status is determined by the time they entered the company and their skill level.

The corporate world is a big, scary place. Senpai were once kouhai themselves, and they know that fact best. That’s why their younger colleagues depend on them a lot!

At work, kouhai are taught about the dos and don’ts, basics, and tips about their position or job. They can confide in their seniors and rely on them for advice and encouragement.

But of course, people have expectations from kouhai as well. They must repay their seniors’ kindness in different ways. Juniors are expected to use keigo or respectful language, and speak to their senior colleagues in a good manner. Drinking parties are common after work, and kouhai are expected to pour drinks for their senpai and bosses. It builds good rapport with them to do this well.

So know you know how to use kouhai in Japanese. The words senpai and kouhai – and the surrounding culture – are very important for anyone who wants to spend time in Japan! So make sure you are familiar with them before you go.

If you want to learn more Japanese online, our top recommended course is JapanesePod101. You’ll learn modern Japanese language and culture with fun, free audio lessons and online resources. Check it out here!