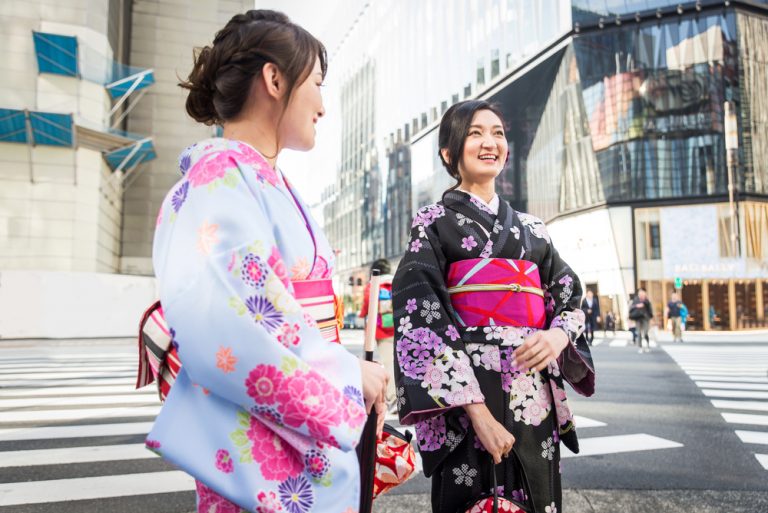 What is a tonal language?

Before looking at why Japanese is not a tonal language, let’s take a look at what makes a language a ‘tonal language’ in the first place.

Tonal languages are not only made up of vowels and consonants. They also use a third category, known as ‘tones’ (a change in the pitch of your voice) to convey meaning.

A tonal language is therefore a language where changes in the pitch of your voice (tones) directly impact the meaning of words and even the grammar in a language. This is not to be confused with ‘intonation’ – for example, our voice tends to go up when we ask a question in English – Are you coming to the party? (This is called rising intonation).

Rather than changing the meaning of an entire sentence like intonation, (i.e. rising intonation = a question), tonal languages make use of tones which can be assigned to multiple syllables in a word to convey meaning.

If you’ve ever heard people speaking a language where it seems like the speaker’s voices are moving up and down constantly, you were probably listening to a tonal language (Chinese and Vietnamese are great examples).

As you can see above, even though each word is spelled ‘ma’, the accents on the letter ‘a’ in these words indicate changes in tone which means depending on how the ‘a’ is pronounced, the meaning of the word will change.

Why Japanese is called a  ‘pitch-accent’ language

If you’ve got some experience with Japanese already, you might be wondering why Japanese isn’t tonal. Afterall, you would know that in Japanese, there are multiple words which are spelled the same but have different meanings depending on the pitch you use for each syllable.

Rather than having a variety of different tones for a single vowel sound like we saw in the Chinese example above, Japanese uses high and low pitch to show the difference between accented and unaccented syllables.

Let’s take for example the word hashi. In Japanese, hashi can mean ‘chopsticks’ （箸） or ‘bridge’ (橋) or even ‘edge’ (端) depending on where you place stress on the syllables.

The word hashi is made up of two Japanese syllables: HA (は) and SHI (し）

The same goes for the word ame in Japanese which is also made up of two syllables: A (あ) and ME (め)

There are tons of words in Japanese like this. However, if you listen to Japanese, you will find that it sounds quite monotone compared to Chinese. That’s because the Japanese language doesn’t use different tones to imply meaning. Instead, Japanese uses pitch to indicate which part of the syllable is accented which can therefore convey clearly what the word means, especially in the case of homophones like the above two examples.

The key difference between tonal and pitch-accent languages

In a tonal language like Chinese, mastering the use of tones is vital to understanding and being understood whereas in a pitch-accent language like Japanese, you can be understood without correct use of pitch.

While using the pitch-accent correctly will make you sound more native when speaking Japanese, most people will easily understand what you mean based on context even without the right pitch.