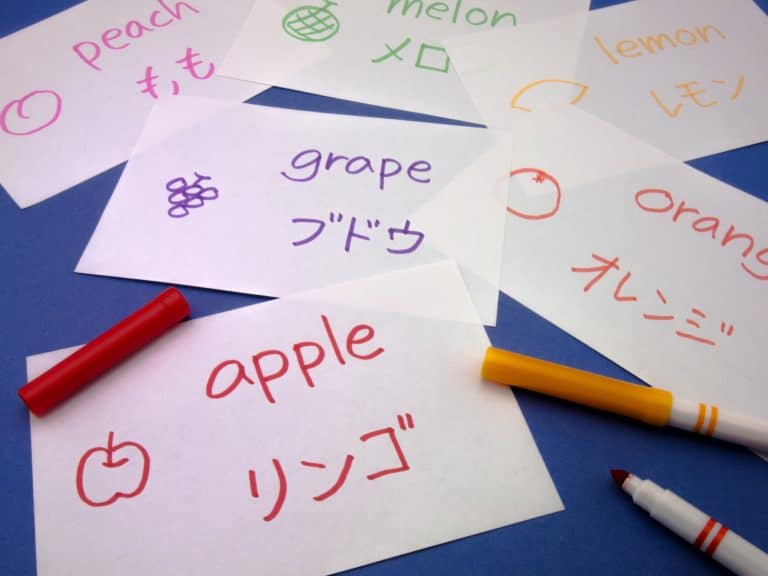 Team Japanese uses affiliate links. That means that if you purchase something through a link on this site, we may earn a commission (at no extra cost to you).
1797 shares
LIMITED TIME OFFER!

If you want to learn Japanese, you can’t avoid learning how to read Japanese.

The Japanese writing system is unique and beautiful, no doubt about that. It is also famously complex. Unfortunately, that can put off any newcomers to the language.

Don’t be afraid of the Japanese writing system! Yes, it’s complex, but it’s also logical. Anybody can learn it!

In this article, we’ll talk a bit about the structure of the Japanese writing system. We’ll also talk about the best ways to approach learning to read Japanese.

First off, did you know Japanese actually uses four scripts?

Yep! Don’t panic, that may sound like overkill, but in fact, this will make your life easier.

In fact, you already know one of them!

The four scripts used in Japanese today are:

Guess what – roman letters are what we use every day in English. It’s what you’re reading right now!

However, romaji is mainly used for translating things for non-Japanese speakers. Sorry if you thought you’d spotted a shortcut – it isn’t commonly used in everyday Japanese.

How the Japanese scripts work together

The remaining three scripts – hiragana, katakana and kanji – are all used every day in Japanese. A typical piece of Japanese writing will actually use all three scripts, mixed together.

This is because each script has a distinct purpose. Each one indicates a different part of the language. They work together to show you the function and origin of each word.

Have a look at this sample text, which we’ve color-coded to show the three different types of character:

In Brazil, the biggest Rio de Janeiro carnival has started. All the dancers wore beautiful costumes and paraded 700m while singing and dancing samba.

Kanji – complex characters, taken from Chinese. These are used for basic blocks of meaning. They are the foundation of many words.

Hiragana – simpler characters with a rounded shape. This is a phonetic script used for grammatical functions, word endings and similar.

Katakana – simpler characters with a more ‘spikey’ shape. This is a phonetic script used mainly for foreign loan words.

You can see how all three scripts are intermingled in the same sentences.

We’ll take a more detailed look at the uses of the different scripts below:

Now, you may be thinking “awesome! I’ll just write everything in romaji. I don’t need to learn those other scripts at all!”

Sorry, my friend. That isn’t going to work.

Although romaji is an official script of Japan, as sanctioned by the government, it isn’t used in usual Japanese writing.

Instead, it’s mainly used for translating road signs, town names, train timetables and so on, for the benefit of foreign visitors to Japan.

However, a good language learning program will move into hiragana as soon as possible.

That’s because unfortunately romaji is just not used for real Japanese! If you ever want to learn to speak and read Japanese fluently, you will just have to learn the other three scripts.

Hiragana is a phonetic script. This means that once you’ve learned it, you will know how to pronounce any word written in hiragana.

What you see is what you say!

Hiragana has 46 characters. Each character corresponds to one syllable. These syllables represent all the sounds in the Japanese language. So once you know hiragana, you can read and say anything in Japanese!

I recommend learning hiragana first. It’ll be an essential foundation if you want to learn how to read Japanese.

You can find our cute hiragana chart here.

Any and all Japanese words can be written in hiragana. You will often find children’s books, or Japanese study resources for foreigners, written only in hiragana. But, as you can see in the example text above, in natural Japanese, hiragana is just one of the three scripts.

In usual Japanese texts, hiragana is used for grammatical functions such as verb endings and particles, and also for some Japanese words not written in kanji.

Here’s an awesome video from JapanesePod101 which introduces the shapes and pronunciation of all the hiragana characters. I really like the fun memory tricks to help you remember them!

If you want to practise writing the characters from the video above, you can download some great free printable hiragana worksheets here.

Katakana is also a phonetic script. It also has 46 characters, which represent the same syllables as hiragana.

So why do they have both?

That’s because katakana is used for words of foreign origin. Any word which does not have a traditional Japanese word is written in katakana.

This includes foreign people’s and place names, words for foreign foods and sports, new technologies, and anything else which doesn’t already exist in Japanese.

As you will see in the text above, katakana have a distinctive look – kind of spikey compared to the rounded shapes of hiragana.

Katakana is another essential building block of the Japanese language. You will want to learn it soon if you want to read Japanese fluently!

Here’s a video to learn more about katakana:

Head over to our page on katakana for more info and a colorful katakana chart.

By the way, hiragana and katakana are together known as ‘kana’.

The last of our Japanese writing methods is kanji.

The Japanese word kanji (漢字) literally means ‘Chinese characters’. This is because – you guessed it! – the Japanese language borrowed them from Chinese.

One single kanji character could be a word by itself. Or, some words are formed by two or more kanji together, or kanji plus hiragana (in this case, the hiragana is usually for a grammatical ending).

Kanji are probably the biggest challenge for most people who want to read and write Japanese.

Unlike hiragana and katakana, kanji are not phonetic. That means you have to learn the pronunciation along with the character each time.

You won’t necessarily see a new kanji and know how to pronounce it – although as your knowledge of Japanese gets more advanced, you will see that there is some kind of logic, and you may be able to take an educated guess at the pronunciation of a new kanji!

How to pronounce kanji characters

The Chinese pronunciation is used when the kanji is part of a compound word. This means the kanji is joined together with other kanji to make a longer word. This is called onyomi or ‘sound-based reading’.

The Japanese word for mountain is yama. When you talk about mountains in general (“oh, look at that huge mountain over there!”) you will use the word yama.

However, the Chinese pronunciation of 山 (mountain) is shān.

We use the pronunciation san or zan when the kanji is used in a compound word.

So, the name of Japan’s tallest mountain is Mount Fuji.

The Japanese pronunciation – used when the kanji is a standalone word – is called kunyomi or ‘meaning reading’.

The Chinese pronunciation – used when the kanji is part of a compound word –  is called onyomi or ‘sound-based reading’.

Don’t worry too much about the different pronunciations for now. It will all make sense when you start learning words in context. This article is just to give you an overview!

When you’re ready, you can check out our article on onyomi and kunyomi readings for some tips on how to learn them.

But for now, I don’t recommend learning kanji until you are already comfortable with hiragana and katakana.

If you’re still curious about kanji, here’s an interesting video to learn more about them. (The video doesn’t teach you any kanji but it will teach you about how kanji actually work!)

What are Jouyou kanji?

There are over 40,000 kanji altogether. But don’t panic! You don’t need to know all of them.

Think of English (or your own native language). You don’t know every single word in the dictionary, right? There are lots of very specialised words, which you would only learn if you had a particular profession or interest.

Japanese is the same! You don’t need to know all the words, or all the kanji, in order to read and speak Japanese fluently.

The government have made things easier by publishing a list of 2,136 kanji which they think are the most essential. These are called jouyou kanji. Jouyou literally means ‘daily use’.

Japanese schoolchildren are expected to learn all the jouyou kanji by the time they graduate high school.

If you can learn all 2,126 jouyou kanji, you can consider yourself functionally literate in Japanese. In other words, you will be able to read Japanese newspapers and books to a good level.

You can see a list of all the government-approved jouyou kanji here. The list is broken down by the school grade when Japanese students learn them. I bet you can get on the same level as a Japanese first grader pretty soon!

There are several different methods for learning kanji, which we discuss here.

And if you’re ready to start learning to read and write some kanji, you can download a free kanji workbook from JapanesePod101 here.

Resources to read and write Japanese

There are lots of free resources online which can help you learn to read Japanese by yourself, no classes required!

If you’re curious, I really recommend making a start. You can probably learn hiragana and katakana in a day. Kanji take longer, but you can learn enough kanji to read basic texts in a few months.

Here are some free resources to start you off:

As you might guess from my recommendations above, I really rate the website JapanesePod101. As well as free worksheets and quizzes, they have free beginner Japanese audio and video lessons. I listen to the audio lessons on my commute and they really helped me a lot.

If you have any other top resources to learn Japanese reading and writing, please share in the comments below!

1 thought on “How to Read Japanese”