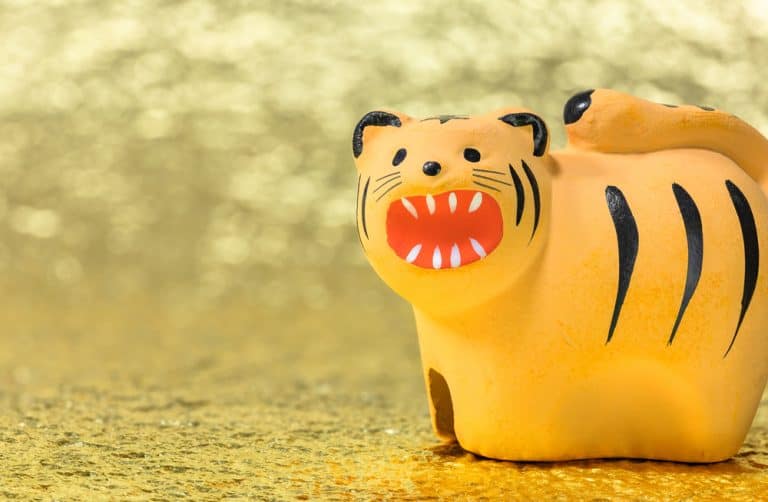 Team Japanese uses affiliate links. That means that if you purchase something through a link on this site, we may earn a commission (at no extra cost to you).
33 shares
LIMITED TIME OFFER!

The 12 zodiac signs or juunishi (十二支) are an important element of Japanese culture, especially when a new year rolls in. It is part of the astrological system called eto (干支). The Japanese zodiac uses special kanji that are different from the usual characters for each animal.

The kanreki (還暦) or 60th birthday is an important point in a person’s life, because that is when 5 cycles of the juunishi is completed. At 60 years, a person is ‘reborn’ as they go back to the very start of another cycle.

Are the Japanese and Chinese zodiac the same?

Both zodiacs share the same traits, since the Chinese zodiac was introduced to Japan around the 4th to 5th century. There are many myths about the order of animals belonging to the zodiac, but the most popular one that applies to most Asian zodiacs is the myth of the Jade Emperor.

Even before the end of 2021, tiger-related merchandise, calendars, New Year’s cards (nengajo / 年賀状) and decorations became popular in Japan, also anywhere the zodiac is observed. The brave Water Tiger represents strength and courage.

People born in the year of the Rat are intelligent and persuasive, which make them good leaders. They are passionate in achieving success and can come up with creative ways to attain it.

Ox people are hardworking and patient. They’re not the type to give up so easily, and many people look up to them for inspiration. Oxen are resourceful and innovative people who can achieve good results.

The Tiger has an unpredictable, competitive, and intense nature, making them act on impulse in some situations. They are also courageous and generous individuals who can spark inspiration in others.

People born under the Rabbit sign are sensitive and tend to be shy. Their sweet nature makes them the kind of people who hate conflict. It is common belief that these talented Rabbits are the luckiest among the zodiac signs.

They say that the Dragon is the most interesting sign. This Japanese zodiac animal is strong, passionate, and charismatic. Their uniqueness shines through their self-confidence and pride in achieving their ambitions!

Individuals under the Snake zodiac are full of wisdom and logic! They are deep thinkers, and though they speak very little, they are said to be financially lucky and are some of the most determined and thoughtful people.

People born in the year of the Horse are quick-witted and flexible. They can be free-spirited, often adapting well to sudden changes. Their charisma is what draws people to them, making them popular with their peers!

The Japanese Sheep zodiac is one of the most creative signs. They are comfortable in expressing themselves through artistic means and are true to their principles. One of their strengths is showing compassion towards others.

The Monkey zodiac shows a lot of curiosity! Because of their cleverness, they are good at solving problems and coming up with new inventions. Their originality lets them enjoy a simplistic outlook in life.

Rooster signs are opinionated and brave. Even if their striking independence might make them critical of others or proud, Roosters use it to become resourceful. They are not afraid to voice out their thoughts and stand up for those who are in need of help.

Very much like man’s best friend, Dog signs are dutiful and loyal. They are very protective of the people they are closest to. They are also the most sociable sign, not to mention affectionate!

Those who are born in the years of the Wild Boar are the most adventurous and optimistic people! They know the best ways to sit back, relax, and appreciate the little things in life. Boars are also hardworking and honest people.

Related post: How to Say Happy New Year in Japanese

Want to learn even more about Japanese language and culture? Get started for free at JapanesePod101.

3 thoughts on “All About the 12 Japanese Zodiac Signs: Which Animal Are You?”