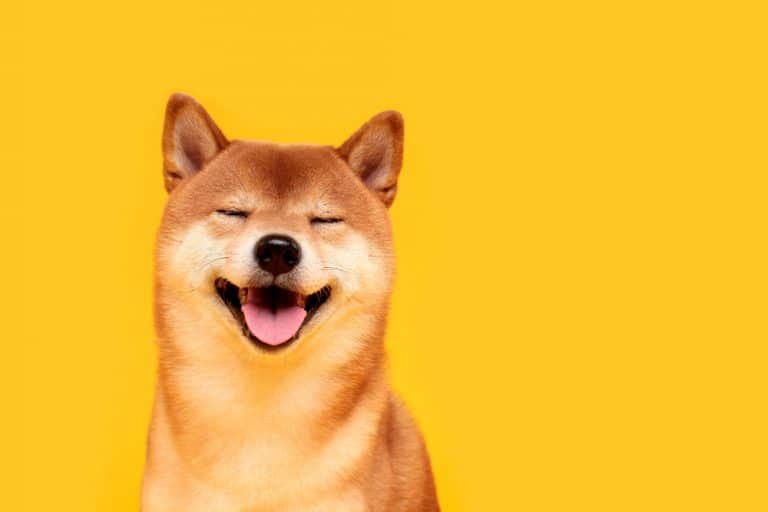 Team Japanese uses affiliate links. That means that if you purchase something through a link on this site, we may earn a commission (at no extra cost to you).
77 shares
LIMITED TIME OFFER!

Who’s a good boy? The best feeling in the world is coming to a happy doggo, tail wagging after eagerly awaiting its hooman’s return!

Inu (犬 / いぬ) is the word for dog in Japanese, while koinu (子犬 / こいぬ) is the Japanese word for puppy. Japan is home to popular native breeds like the Akita and Shiba inu. The famous loyal dog, Hachiko, was in fact an Akita inu!

As popular house pets, there are many interesting words to describe or call dogs in Japanese. They can be based on their breed, features, and type. Let’s dive right in!

Words for dog and puppy in Japanese

As mentioned earlier, the word for ‘dog’ in Japanese is inu (犬 / いぬ).

Its onyomi, or Sino-Japanese character reading is ken (ケン), while its kunyomi, or native Japanese reading, is inu (いぬ). If you are just saying the word ‘dog’ by itself, you would say inu. But the reading ken is used in some compound words, such as the names of dog breeds. Both readings are used when talking about native dog breeds, however, only the Shiba is typically called inu, while the rest of the breeds are called ken.

See below for more on Japanese dog breeds!

There are three ways to write koinu, but these different forms share the same pronunciation and meaning, more or less. You can see that just the first kanji changes, which gives each word a slightly difference nuance:

To imitate a dog’s bark, the onomatopoeia wan (わん / ワン) is used! It sounds just like ‘woof’ in English. Words like this are typically written in katakana or hiragana only.

It can also be written as wan wan for ‘woof woof’ or ‘bow-wow’.

A cute term to use with your dog is wanchan (わんちゃん / ワンちゃん). The closest translation for it is ‘doggie’ and it is used by both children and adults as an affectionate way of calling a dog.

The suffix -chan (～ちゃん) is an honorific that is used for people close to you. It’s common to call children and pets -chan because of its loving nuance.

Another similar term is wanko (わんこ / ワンコ). It is also considered children’s language but adults can use this with their pet dogs!

The Japanese word for ‘pet dog’ is kai inu (飼い犬 / かいいぬ). This comes from kau (飼う / かう), a verb meaning ‘to keep/raise a pet’. Kai inu is used in conversations about pet dogs in particular.

Similarly, the word aiken (愛犬 / あいけん) means ‘pet dog’, but it can also refer to ‘a love for dogs’. A dog lover is called aikenka (愛犬家 / あいけんか).

Japanese words for dog according to breed

The Akita ken (秋田犬 / あきたけん) originated from Akita prefecture, where its physical traits are suited for the cold weather. They look like bears and are one of the most popular Japanese dog breeds. It’s easy to confuse Akita ken and Shiba inu, but Akita ken are larger.

A famous akita ken is Hachiko! If you’re unfamiliar with his story, Hachiko was the loyal dog who waited for his owner, Professor Hidesaburo Ueno, every day at Shibuya station when he came home from work. This was their routine until Ueno’s sudden death at work, unbeknownst to Hachiko. He continued to wait at the station every day for about ten years until his own death in 1935.

Hachiko’s legacy carried on and his statue still stands in front of Shibuya station to this day. Another statue of him and his owner Ueno was erected at Tokyo University in 2015! Have you seen them?

Perhaps the most popular Japanese dog breed, the shiba inu (柴犬 / しばいぬ) is an independent and proud dog! Their name does not come from a place, unlike other nihon ken. Shiba (柴 / しば) means ‘brushwood’ which are small, broken branches of trees that are used for firewood.

A smaller type of shiba inu exists, even though they are already smaller than akita ken. The mame shiba inu (豆柴犬 / まめしばいぬ) were intentionally bred to be tiny shiba. In fact, mame shiba cafes are quite popular in Japan! Mame means ‘midget’ or ‘beans’.

Internet sensation ‘Doge’ became a famous meme back in 2013. Her real name is Kabosu! Who could forget her silly side-eye and cute pose? Such wow! You can find her on her blog and on Instagram, @kabosumama.

Originally bred as hunting dogs, Hokkaido ken (北海道犬 / ほっかいどうけん) are built strong. Their thick coats and large paws are naturally suited for the cold weather of their native area.They are also called Ainu ken (アイヌ犬 / あいぬけん), which comes from the name of indigenous people of Hokkaido, the northern island of Japan.

Not only were they raised to be good at hunting, but Hokkaido ken make great family pets, too. Tech giant Softbank’s series of commercials starring the fictional Shirato family featured a Hokkaido ken actor named Kai-kun! His role? The father of the Shirato family!

Kai-kun played the role of otousan (お父さん / おとうさん) or the father in these hilarious commercials from 2007 to 2014, making him the face of Softbank. Sadly, he passed away in 2018, but his iconic role has since been taken over by his sons Kaito-kun and Kaiki-kun.

Kai ken (甲斐犬 / かいけん) refers to a native breed known as the ‘tiger dog’! Their coat colors look similar to that of tigers. Another name for it is tora inu (トラ犬 / とらいぬ).

These dogs are extremely rare even in Japan, but they are known to be highly independent and active mountain dogs. The characters for Kai ken have beautiful meanings: kou or kan (甲 / コウ / カン) means ‘armor’ and i (斐 / イ) means ‘patterned’.

The Kishū ken (紀州犬 / きしゅうけん) is quite similar to the Hokkaido and Kai ken. They come from the area of Mie and Wakayama Prefecture, formerly known as the Kishū region.

One of the Kishū ken’s strengths is their hunting instincts. Their energetic nature is perfect for outdoorsy dog lovers!

The Shikoku ken (四国犬 / しこくけん) is a Japanese dog breed known for its wolf-like appearance. They were raised to hunt deer and wild boar, and are rare due to the limitations on crossbreeding.

The phrase inujini (犬死に / いぬじに) is the Japanese translation of the English idiom ‘die like a dog’. It means to die in vain, or have a meaningless death. It can also mean to die in a harsh manner.

If a dog walks, they will hit a stick

This wise Japanese saying can be interpreted negatively and positively. It can mean ‘bad things will happen if you try something’, or ‘good luck will come unexpectedly’.

To have your hand bitten by your pet dog

Did this ever happen to you? This idiomatic expression means ‘to be betrayed by a person you were helping’. It hurts both ways, human or your beloved doggo. Ouch!

Reliable companions since the dawn of time

Undoubtedly, dogs are loved to bits in Japan. Since ancient times, they were believed to repel evil spirits and proved to be loyal defenders in Japanese folklore. They make great companions, just like the corgi Ein from Cowboy Bebop, or inspire us with their unwavering loyalty, like Hachiko!

Make sure to look out for Dog’s Day in Japan: November 1st. Cleverly picked out because 11/1 sounds like a dog’s bark, wan wan wan!