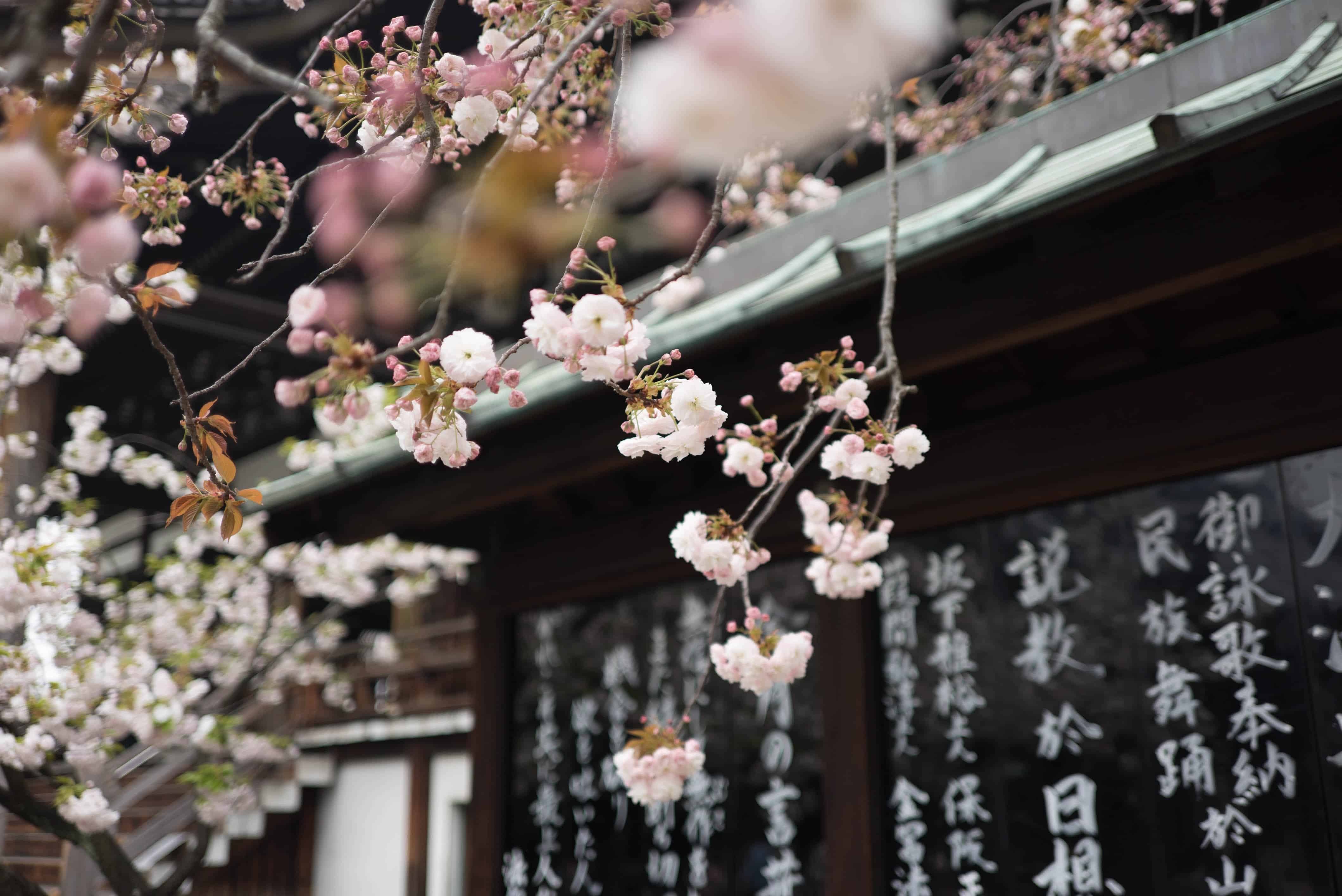 Click here for FREE full access to the Japanese Absolute Beginner Course by JapanesePod101. Offer available for a limited time only!
Team Japanese uses affiliate links. That means that if you purchase something through a link on this page, I may earn a commission (at no extra cost to you). Thank you for supporting my site!
140411shares

“If we spoke a different language, we would perceive a somewhat different world.”

Do you agree with this quote? I know I do. Many languages have beautiful and unique words which cannot be translated. These words often represent concepts which are so unique to that culture, there is simply no equivalent in any other language.

We’ve collected 12 of our favourite Japanese words with no English equivalent.

The interesting thing about these words is that they reveal a lot about the Japanese character. Many of these words reflect Buddhist concepts which are unknown to many Westerners, but are central ideas in Japanese society.

By learning these unique Japanese words, you are one step closer to understanding the Japanese soul. 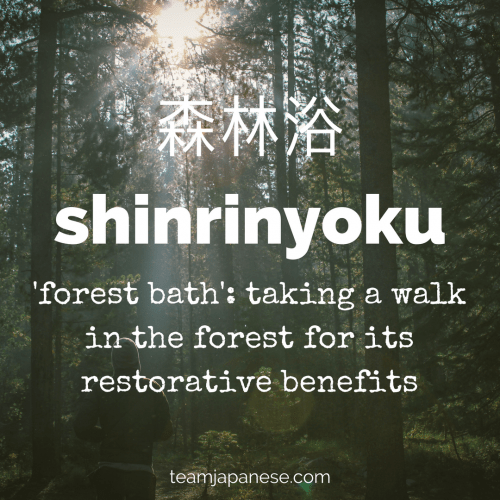 Shinrinyoku literally translates as ‘forest bath’. It refers to taking a walk in the forest for its restorative and therapeutic benefits. Can’t you feel yourself relaxing as you soak up all the lovely green light? Scientists have actually found that walking in the forest has many health benefits such as lowering blood pressure and stress hormones. It seems the Japanese are one step ahead with their shinrinyoku practise! 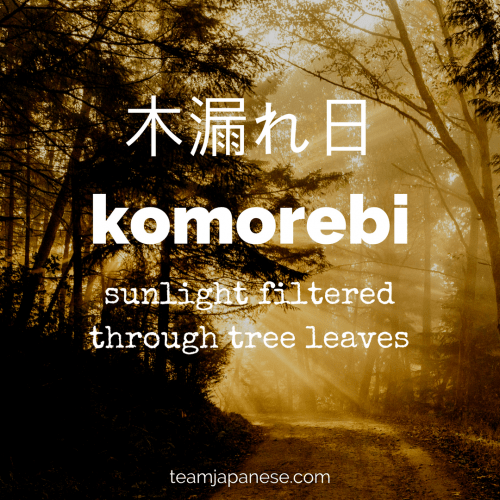 The sunlight filtered through leaves on trees. This is a beautiful word to describe a beautiful moment. You can enjoy some komorebi while taking your shinrinyoku! 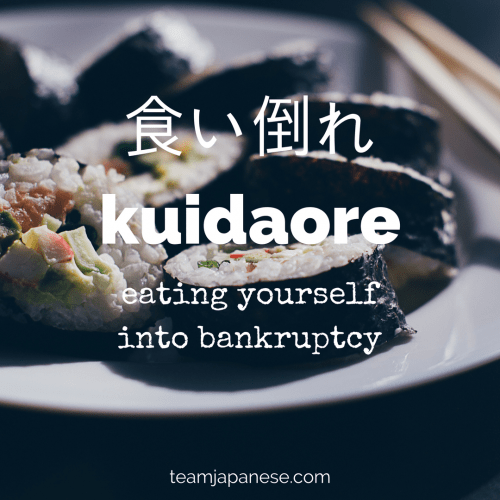 Kuidaore means something like ‘to eat yourself bankrupt’. The word implies a kind of extravagant love of good food and drink – so much love that you will happily spend all your money on it! It comes from the words 食い (kui – eating) and 倒れる (daoreru – to go bankrupt, be ruined). Kuidaore has come to be associated with the Dōtonbori district in Osaka, famed for its many restaurants and nightlife spots. You have been warned! 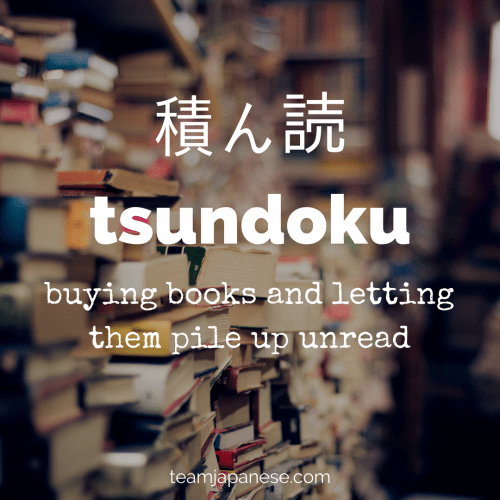 Here’s one for the book lovers. Tsundoku is the practise of acquiring books and letting them pile up, unread. Anyone who just loves books but doesn’t have time to read them as fast as they buy them will understand this one. It uses the words 積む (tsumu – to pile up) and 読 (doku – to read). It’s also a clever pun, because tsunde oku means ‘pile up and leave’. 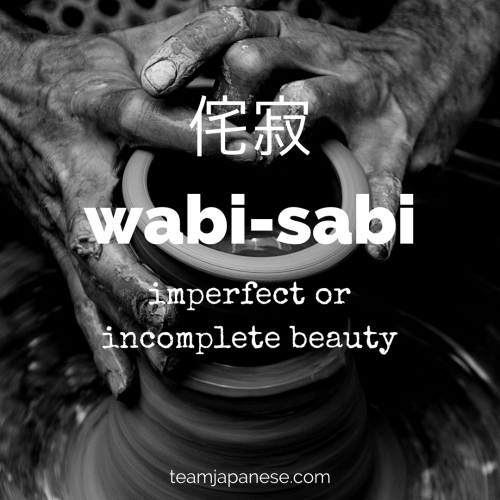 Wabi-sabi means imperfect or incomplete beauty. This is a central concept in Japanese aesthetics, which comes from Buddhist teachings on the transient nature of life. A pot with a uneven edges is more beautiful than a perfectly smooth one, because it reminds us that life is not perfect. A Japanese craftsman will intentionally add in a small flaw after completing his perfect work in honour of this concept. 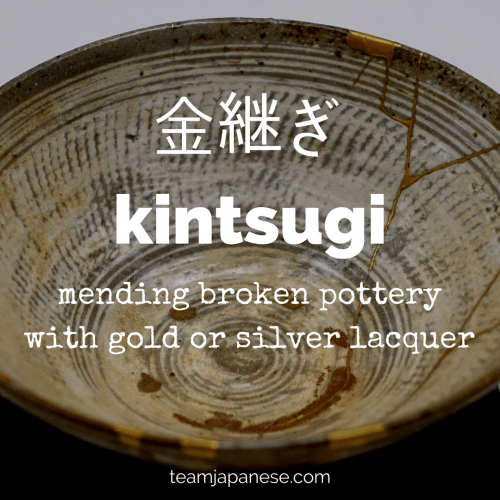 Kintsugi (金継ぎ), also known as kintsukuroi (金繕い), is the practise of mending broken pottery with gold or silver to fill the cracks. This is a perfect example of wabi-sabi. Rather than rejecting a broken item, you can find a way to make it even more beautiful. This practise accepts the break as part of the object’s unique history. 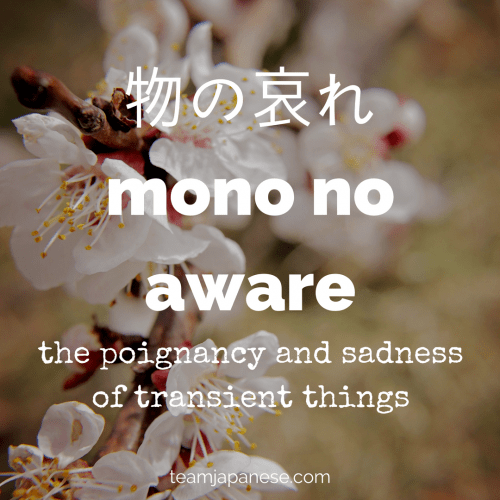 Mono no aware can be translated as ‘the sadness of things’. It comes from the words 物 (mono – thing) and 哀れ (aware – poignancy or pathos). The ‘sadness’ in question comes from an awareness of the transience of things, as taught by Zen Buddhism. When we view something exceptionally beautiful, we might feel sad because we know it won’t stay so beautiful forever – but appreciation only heightens the pleasure we take in the beautiful thing in that moment. The best example of mono no aware in Japanese culture is hanami, the ritual of appreciating the cherry blossoms each year. Cherry blossom are very special to the Japanese, but the flowers bloom for only two weeks in the springtime. We appreciate the flowers even more because we know they will fall soon. 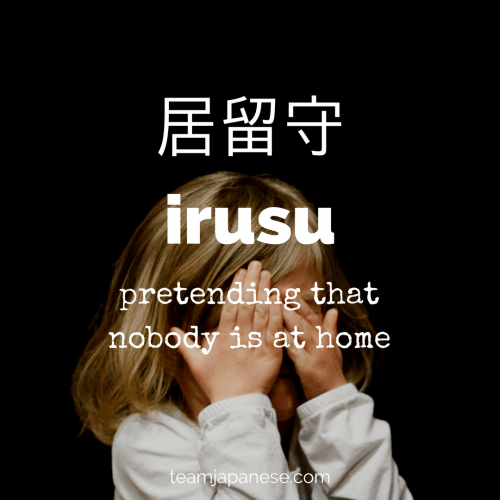 Irusu is when somebody you don’t want to speak to rings your doorbell, and you pretend nobody’s at home. I think people do this the world over, even if other languages don’t have such a concise word for it! 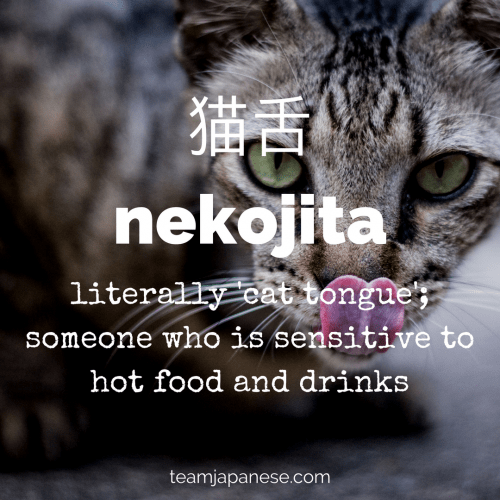 Here’s a cute one! A nekojita is a person who is sensitive to hot foods and drinks. It literally translates as cat tongue! It’s made from the two words 猫 (neko – cat) and‎ 舌 (shita – tongue). Do cats really hate hot things? I don’t know, but this Japanese word implies that they do! 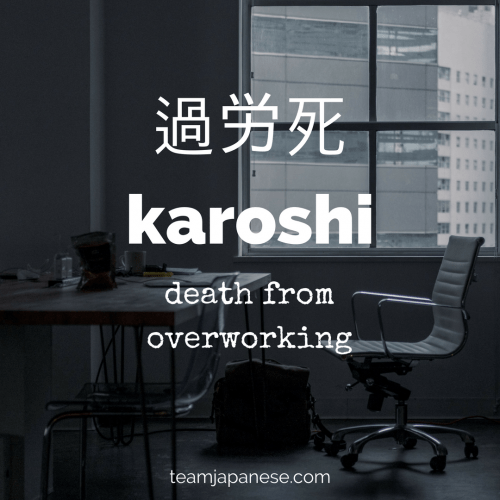 Karoshi means death from overworking. Tragically, the fact that there is a word for this in Japanese also tells you something about Japanese culture. Karoshi is usually associated with Japanese salarymen who work in a corporate culture of extreme long hours. The Japanese Ministry of Labour official defines karoshi as when somebody works over 100 hours of overtime in the month before their death. The phenomenon reached an all time high last year. 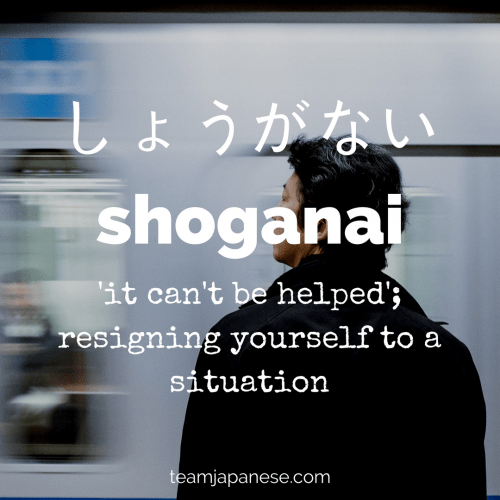 If you live in Japan, this one will be very useful for you! Shoganai means ‘it can’t be helped’. It’s a fatalistic resignation to a situation that is out of your control. It is often used to mean that there is no point complaining about a situation, because you will not have the power to change it. Some people suggest that the concept of shoganai is why Japanese people remain so stoic in the face of natural disasters such as tsunami and earthquakes. 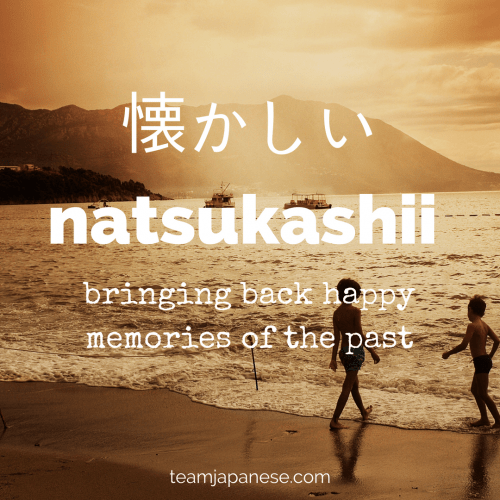 Natsukashii is often translated as ‘nostalgic’. However, whereas nostalgic is a sad emotion in English, natsukashii is usually associated with positive feelings. Something is natsukashii if it allows you to relive happy memories of the past.

Do you know any untranslatable words? Share them with us in the comments!

13 Words for a Perfect Japanese Summer 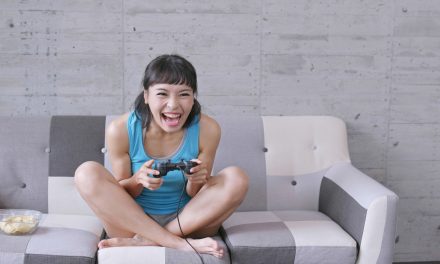 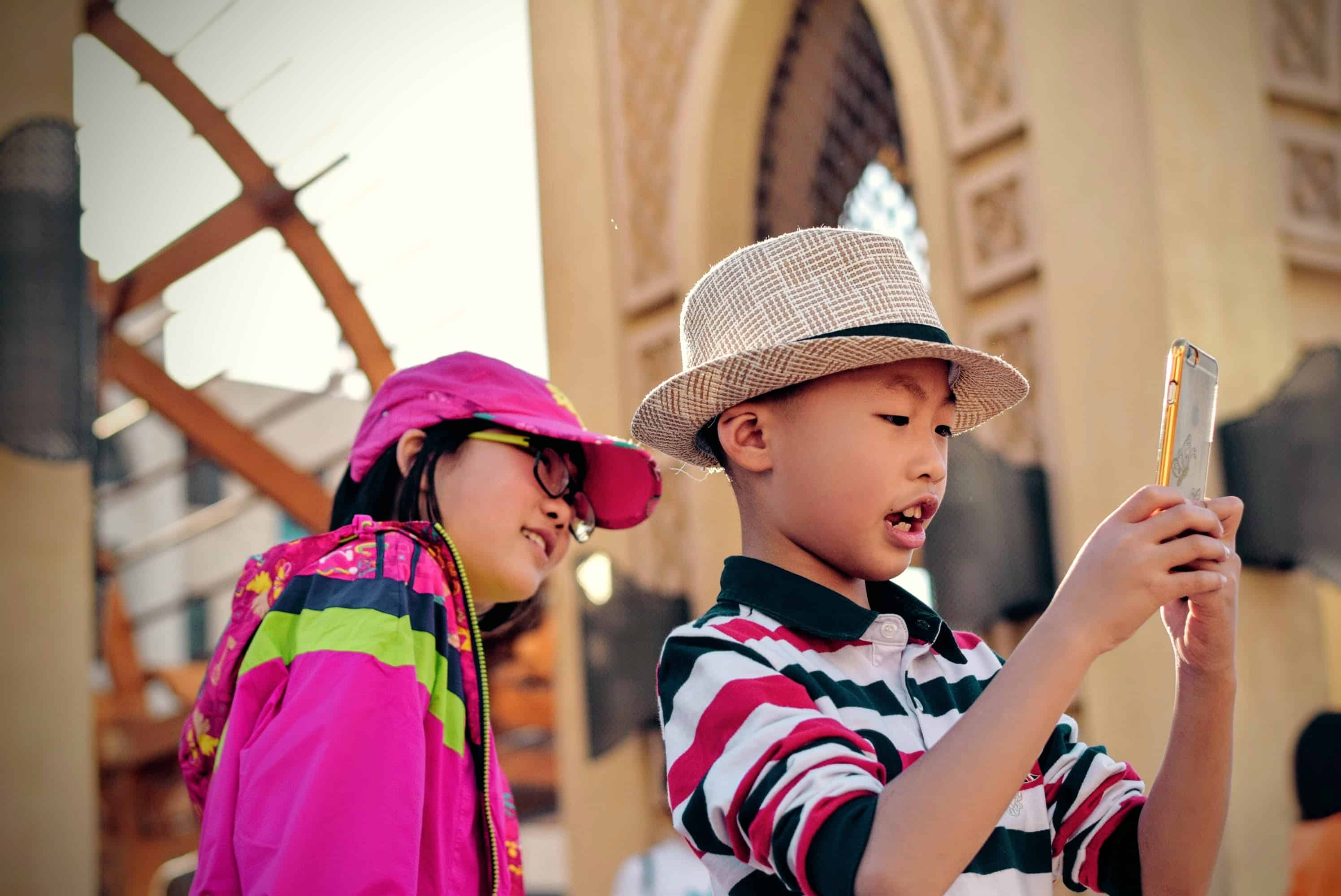 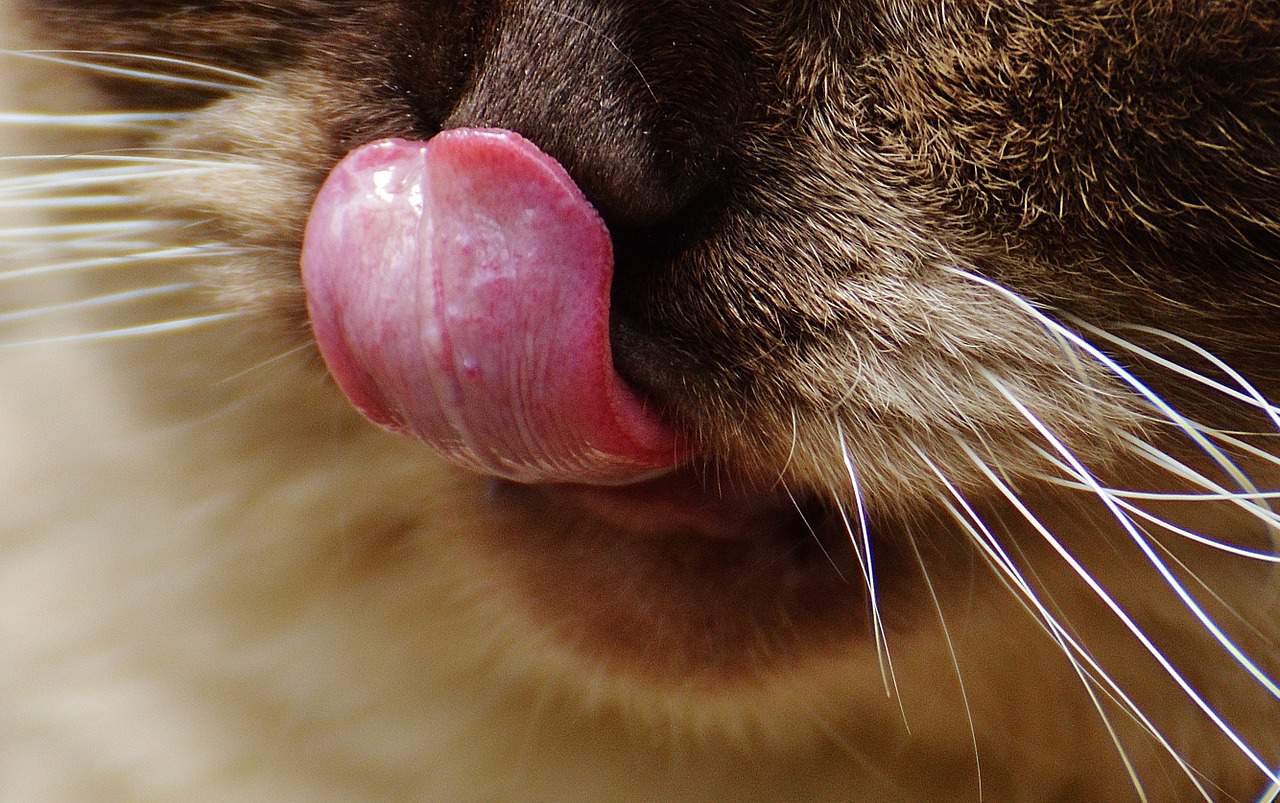 Get Tongue Tied With These Top Japanese Tongue Twisters 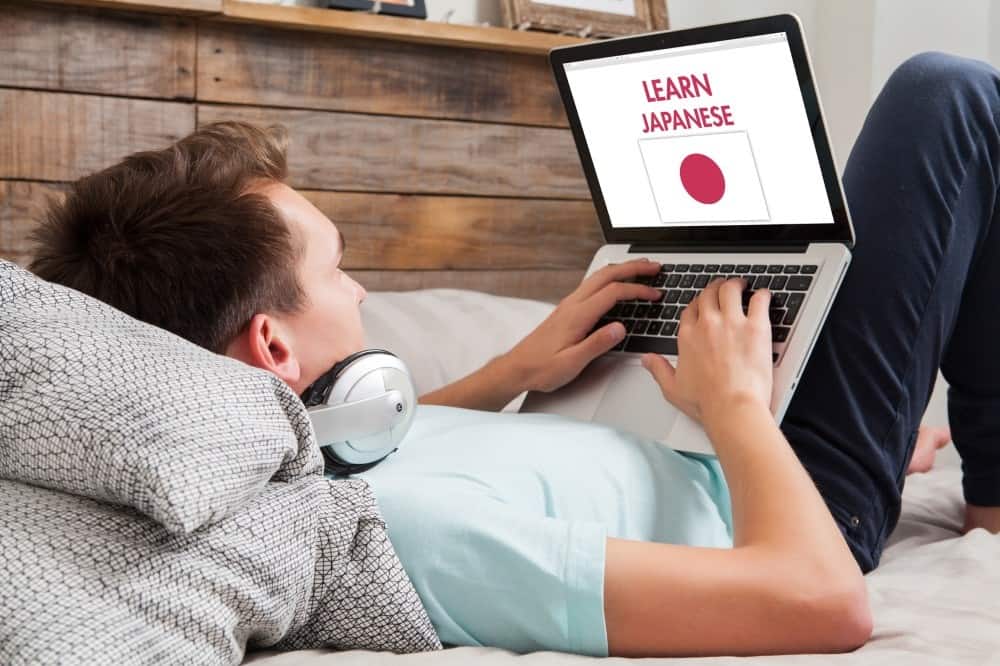 How Hard Is It to Learn the Japanese Language?