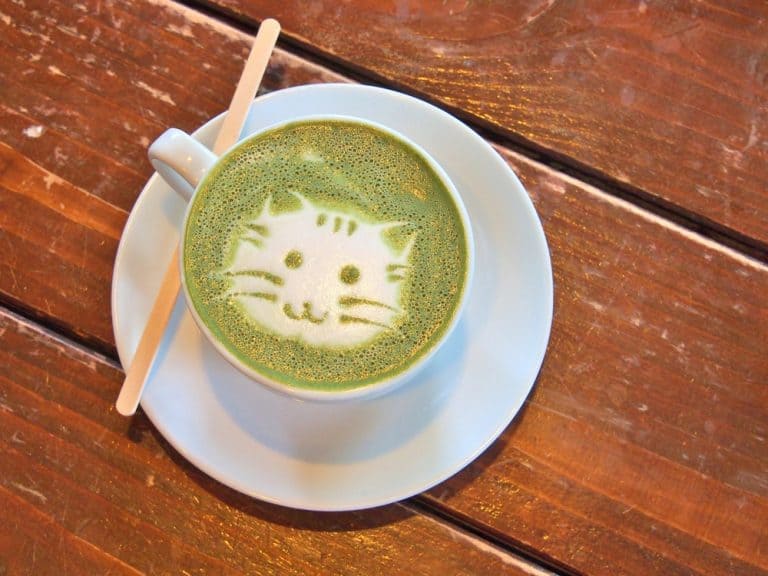 Team Japanese uses affiliate links. That means that if you purchase something through a link on this site, we may earn a commission (at no extra cost to you).
36 shares
LIMITED TIME OFFER!

Nya-ice to meet you! If you love cats and Japan, you’ve come to the right place!

From Hello Kitty to maneki neko figurines that wave at you nonstop from shop windows, or even cat cafes for ailurophile foodies – there’s something cat people will love.

The word for cat in Japanese is neko (猫 / ねこ), and koneko (子猫 / こねこ) for kitten. Cats have their own place in Japanese culture, and that’s why there are so many words related to our feline friends in Japanese.

Cats and kittens in Japanese

The two most important words you need to know before diving in the cat world are neko and koneko.

Neko is the Japanese word for ‘cat’. Primary school level children’s books often write neko in hiragana (ねこ) or katakana (ネコ), otherwise, the kanji form (猫) is the most common way to write it.

Some people say that neko was derived from ne (寝 / ね) which means ‘sleep’ and ko (子 / こ) meaning ‘child’. This is because cats spend most of their daily lives sleeping soundly like a child!

The word for ‘kitten’, koneko (子猫 / こねこ) literally translates to ‘child cat’! Other forms of koneko have different kanji sharing similar meanings. Koneko written as 小猫 stands for ‘little cat’ (talks about its size rather than age), while the 仔猫 form means ‘young cat’.

What sounds do cats make in Japanese?

When they purr around you, it will sound like gorogoro (ゴロゴロ), but if you make them angry, they will hiss like shaa (シャア).

Some cats on Instagram include cat sounds in their captions, like user @h1ro09! They post their cat Yuki and kitten Ame, ending their photo captions with nya every time.

Japanese words for cat based on features and colors

Let’s take a look at words for common types of cats in Japanese and their curious, beautiful origins!

Unlike most Western beliefs, black cats or kuro neko (黒猫 / くろねこ) are a symbol of good luck in Japan! In fact, the long-running delivery service, Yamato Transport, has 2 black cats in their logo: a mama cat carrying her kitten!

Jiji, the beloved cat from the Studio Ghibli film Kiki’s Delivery Service is also a black cat. Many cat owners name their pets after her!

Shiro neko (白猫 / しろねこ) is the word for ‘white cat’ in Japanese. The most popular images of white cats include Hello Kitty and the maneki neko or lucky ‘beckoning cat’!

Maneki neko figurines are said to bring luck and fortune, so these are usually placed in shops or homes. They are typically found in white, though other types of cats are available. Just around Tokyo’s Setagaya ward, the Gotokuji Temple houses hundreds of white maneki neko!

The word for ‘tuxedo cat’ in Japanese is hachiware neko (ハチワレ猫 / はちわれねこ). It has a very interesting origin! Tuxedos are called hachiware because the way the fur on their face divides resembles the kanji for the number eight, hachi (八 / はち). Meanwhile, wareru (割れる / われる) means ‘to split’ or ‘to divide’.

Meet the adorable Amu, a hachiware neko who was formerly a stray cat! You can follow her on Instagram @amu.2255.

A calico cat is called mike neko (三毛猫 / みけねこ)  in Japanese. Mike means ‘three-hair’, meaning they usually have three colors. The most dominant color is white, typically coupled with spots of orange and black.

The most popular mike neko in Japan include Stationmasters Tama, Nitama, and Yontama! Nitama and Yontama took over Tama’s place at the Kishi Station in Wakayama Prefecture after the latter passed away in 2015. If you happen to drop by Wakayama, don’t miss the chance to meet these cute cats!

What’s so good about tabby cats? The stripes! The reason they’re called tora neko (トラ猫 / とらねこ) is because of their stripes that resemble a tiger’s.

There are different kinds of tora neko:

A tortoiseshell cat is called sabi neko (錆猫 / サビ猫 / さびねこ) in Japanese. Sabi (錆 / さび) means ‘rust’, which aptly describes the rough, but beautiful patchwork of earthy colors that cover this type of cat! It is also called bekkō (べっ甲 / べっこう), the word for a tortoiseshell.

Cats that have only black and white on their fur are called buchi neko (ぶち猫 / ぶちねこ). Here, the word buchi (斑 / ぶち) means ‘spots’ or ‘mottles’. It is said that the personalities of buchi neko can depend on which color takes up most of its coat!

Those with more black spots are typically calm, friendly, and smart. Meanwhile, those with mostly white spots are graceful, strong-willed, and noble.

Other useful words for cat in Japanese

Most cats are very comfortable around humans, especially those that live close to them! House cats are called ie neko (家猫 / いえねこ), and neighborhood cats that are usually fed by the community are called chiiki neko (地域猫 / ちいきねこ).

Some cats aren’t so friendly and may be skittish if you try to approach them. These are typically stray ones. Independent stray cats in the wild are called no neko (野猫 / のねこ). Alley cats that roam the streets of populated urban areas are called nora neko (野良猫 / のらねこ).

In unfortunate cases, abandoned cats are referred to as sute neko (捨て猫 / すてねこ), or ‘thrown away cats’. People with hearts of gold go after these poor cats to provide them a loving home, and rescued cats are called hogo neko (保護猫 / ほごねこ).

Now that you’ve learned the different kinds of cats, how about a fun challenge? Here is Japan GO’s video on Aoshima, one of the many famous cat islands in Japan! How many of these cats can you spot?

Cats are also present in Japanese proverbs (called kotowaza) and idiomatic phrases. Here are a few of them!

Giving money to a cat

This one’s a bit tricky to understand. Neko ni koban can be interpreted as ‘giving a valuable gift to someone who cannot appreciate it’. Unlike us humans, cats do not know the value of money or coins. If you gave a cat some gold, they’re likely to just play with it.

Would borrow even a cat’s paws

This expression means you are so busy or short-staffed that you want to borrow even a cat’s paws just to get the job done! They aren’t exactly as dexterous as human hands, but help is help, I guess?

A cat that catches mice hides its claws

This proverb means that a skillful person knows better than to show off. Like they say, never let them know your next move!

The cultural significance of cats in Japan

Not only do cats make great furry friends, but they mean more than that! Cats are symbols of protection and wisdom in Japanese culture. We can see this in the use of maneki neko to attract good fortune.

Adorable cats also found their place in pop culture, like Hello Kitty, cat cafes, and prefectural mascots like Hikonyan! There are dozens of modern and contemporary books about (and even narrated by) cats, such as Natsume Soseki’s I Am A Cat, or Hiro Arikawa’s  The Travelling Cat Chronicles.

Japan even dedicated February 22nd as Cat Day or Neko no Hi (猫の日 / べこのひ)! The date 2.22 even sounds like nyan nyan nyan in Japanese. Mark your calendars and take this day to celebrate your beloved pet cat!