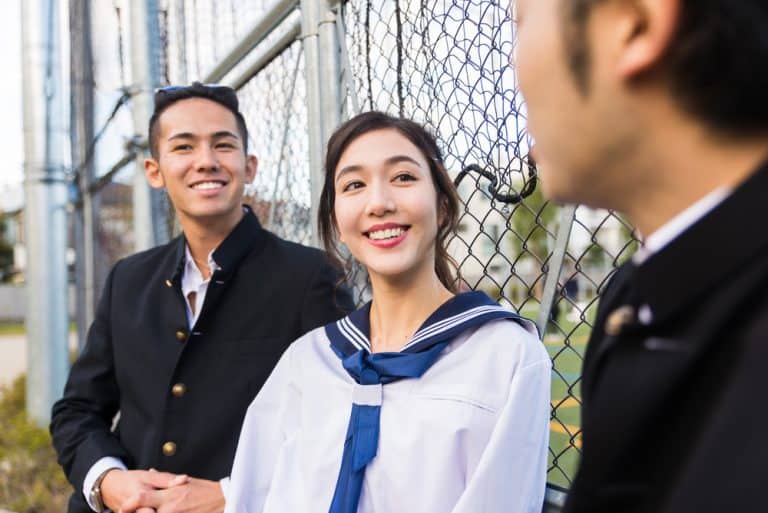 Team Japanese uses affiliate links. That means that if you purchase something through a link on this site, we may earn a commission (at no extra cost to you).
88 shares
LIMITED TIME OFFER!

You don’t learn slang words from your average teacher – and it’s likely you won’t hear Japanese slang outside of Japan! (Unless you have Japanese friends of course!)

In my humble opinion, Japanese has way cooler slang than English because it has an expressive ring to it which makes you sound more fluent.

Being able to use slang injects some humour into your conversations and helps you connect with friends in a more natural way.

That being said, there is still social etiquette around using slang words in Japanese. It’d be best to avoid them in a professional setting (unless you’re chatting to a close colleague) and don’t use slang towards people older than you or of a superior position at work.

Japanese slang can be offensive but there are many words which are perfectly normal ways of expressing yourself in daily conversation.

Most native speakers will be able to empathise with the sentiment behind these 18 Japanese slang words!

Yabai is a slang word used for reacting to something which surprises or shocks you like ‘woah!’ or ‘OMG’ in English.

The dictionary definition of yabai is ‘dangerous’ or ‘risky’ but as a slang it’s an interjection to show you find something terrible or unbelievable in a bad way or impressive, cool or extraordinary.

As we know, Japan loves ambiguity so you need to rely more on the context to understand what someone means when they say yabai!

Let’s say you were watching a documentary about skydiving with some friends and a video of a person jumping out of a plane comes up on the screen.

In this situation, someone might say やばい！(yabai!). Depending on how the person feels about skydiving, it could mean they are shocked at how daring and dangerous it is, like ‘what the’ or ‘that’s crazy’ or it could express awe, as in ‘Wow!’ Or ‘Cool!’.

Yabai is also used to show disapproval of something.

For example, if someone told you about a political or workplace scandal, you could say mou yabai yo… / ‘もうやばいよ…’ to say ‘that’s so bad…’.

Yabai is often shortened to yaba (やばー！）when used by males and can be used with -kunai, the negative form for Japanese i-adjectives:

If you take away the –me at the end of the word majime, you get maji and with the addition of the particle で (de) you have your Japanese slang word for ‘seriously’: maji de?! (マジで？！).

The cool thing about maji de is that it’s not only Japanese internet slang – it’s also used regularly in casual conversation too!

Just one thing to note when you type maji de using Japanese characters online – maji is usually written in katakana (マジ) and the particle de is written in hiragana (で）to make the phrase マジで.

You often find maji de and the previous slang word, yabai, as a pair:

Another variant of maji de is maji ka / マジか and it is more common among boys.

Meccha (めっちゃ）is slang for ‘very’ or ‘really’ and is used to express to a great extent how good or bad something was (though it’s normally used in a positive context!)

You can use meccha with adjectives or adverbs to enhance your description of anything from a place or an experience:

Just be careful not to overuse meccha because it can sound a bit immature or exaggerated.

As a slang word it’s informal so you can trade meccha for sugoku or totemo to sound more polite.

Chou is almost identical to meccha except it’s used more by younger females.

You can use chou in the same way as meccha to intensify your description of something as in chou umai (so delicious) and chou sugoi (so cool!).

It sounds a little funny when chou comes from adults so just remember this is predominantly a young female slang word.

It’s an expressive phrase used mostly by guys and shows great disbelief or refusal to accept what someone is saying.

Kimoi isn’t the most polite slang, but let’s be honest, for the under 20 crowd, there’s always a rude word to say how much you despise or dislike something!

Ukeru is a verb that means ‘to take’ but when used as slang it’s always written in katakana and means ‘that’s hilarious’.

Sometimes people put the word maji (seriously) before ukeru to emphasise how funny it is by saying maji ukeru (マジウケル).

In internet slang, you can use it with wwww (slang for ‘lol’ in Japanese) when typing:

Saitei is slang for ‘the worst’ and is probably the most intense Japanese slang word on this list for expressing negative feelings about someone or something.

Saitei is made up of two kanji characters: sai (最) meaning ‘most’ and tei （程）meaning ‘low’ or ‘beneath’. So you get the meaning of  ‘the lowest’ or ‘the worst’ with additional connotations like ‘disgusting’, ‘horrible’, and ‘yuck’.

As awful as it sounds, there are sometimes situations in life where you really need to express how bad something is and saitei is your word!

Japanese makes complaining about someone or something convenient for you with one single word: uzai.

Uzai is short for urusai which means ‘annoying’, ‘loud’ or ‘noisy’ in Japanese and is used to describe anything whether it’s a person, situation or object.

Uzai is more common among high school students so try not to use it too much if you’re out of this age group.

Uzai is pretty versatile. I remember walking through a subway station with a friend in Japan and there was a machine which looked like a generator making loud noises. My friend shouted ‘uzai na!’  to the machine!

Bimyou is a regular na-adjective which doubles as a slang word to describe a situation, person or thing that is that you’re indifferent to or weary of.

As you can tell from the English translation above, bimyou has a lot of uses but let’s look at the kanji characters to get a feeling for what it means.

The two kanji characters that make up bimyou are bi (微 / び) meaning ‘subtle’ or ‘slight’ and myou（妙 / みょう）which means ‘strange’, ‘queer’  or ‘not normal’’ in a more negative way.

As slang, bimyou is generally used to express that you think something is mediocre, with an emphasis on the negative.

As a na-adjective, bimyou means ‘slight’ or ‘a little bit’ in English.

Bimyou is also frequently used to express uncertainty or suspicion.

Ikemen refers to a guy who is cool, stylish and attractive.

Ikemen is divided into two parts, ike which comes from the verb ikeru / iketeru meaning to look cool or stylish (like kakkoii / カッコいい) and men which could either be referring to the English word men (as in guy) or the Japanese word for face which is men (面).

Oshare is a nice word to compliment someone or something that is stylish, trendy or cool and when used towards a person, it’s like saying ‘you scrub up well!’ in Japanese.

Usually when someone says oshare, they are referring to clothing or anything relating to physical appearance (i.e. makeup, hairstyle, accessories).

However, oshare is also used to describe a ‘good taste’ or a ‘good sense’ for things like cars, furniture, restaurants, places or anything that exudes a cool, modern vibe (almost like the word chic in English).

Dasai is the opposite of oshare because it means something that is not cool or fashionable.

I like to think of dasai as an old dusty table cloth with a really bad colour scheme and an ugly pattern.

Like oshare, dasai refers to the appearance of someone or something but in a negative way.

Dasai is mostly used for fashion sense, places and possessions like cars or furniture.

Mukatsuku comes from the word mukamuka suru (ムカムカする) which is a Japanese onomatopoeia phrase with two meanings: ‘to be extremely sick’ or ‘pissed off’, ‘angry’ or strongly irritated by something.

When used as slang, mukatsuku means you’re fed up with something.

Honto ni mukatsuku.
本当にムカつく。
ほんとにむかつく。
It really pisses me off.

When someone does something that is so sneaky it’s almost unbelievable, you can use zurui as a way of expressing your disapproval with a hint of admiration for how they were able go through with the act.

Zurui actually means ‘unfair’ so it’s more of a negative expression but the nuance is that you were also impressed by how someone managed to pull something off!

Sore na is a way of showing agreement or empathy with what someone is saying, kind of like ‘that’s true’ or ‘you’re right’.

You can also use it as a way of saying ‘yeah, yeah’ in response to someone like 「うん、うん」 in Japanese.

Lately, sore na is becoming more like ‘I know right?’ or IKR in internet slang. When writing sore na online, you can add the chou onpu sign (ー）to drag out the word for more emphasis as in それなー！(sore naa!)

You can use it in the exact same way as muzukashii, and modify it’s ending using kunai, the negative form for Japanese i-adjectives as in:

Remember, muzui is slang so only use it in informal settings!

Baka is an insulting slang meaning ‘idiot’ or ‘fool’ and is popular among males but can be used by females too!

If someone does something stupid you will often hear:

Baka jya nai?
バカじゃない？
Are you an idiot?

How many of these Japanese slang words and expressions did you know? We hope you enjoy using them with your friends – just remember to be aware of the social context, because some of these words are less than polite!

You won’t come across many slang words in your average textbook or language course. If you want to learn real Japanese, as it’s spoken today, we recommend JapanesePod101! It’s an online, audio and video based Japanese course. The content is fun and always up-to-date. There are hundreds of learning pathways to choose from, depending whether you want to learn business Japanese, casual language, or – you guessed it – slang!