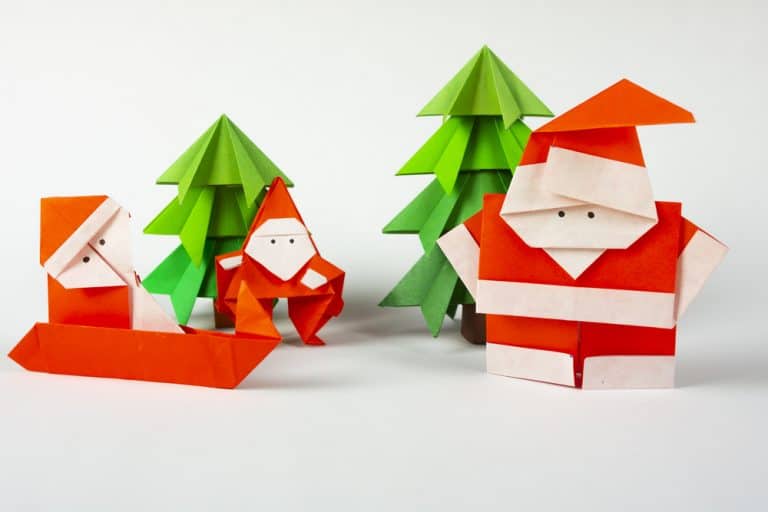 Team Japanese uses affiliate links. That means that if you purchase something through a link on this site, we may earn a commission (at no extra cost to you).
60 shares
LIMITED TIME OFFER!

Can you hear the jingle bells coming this way? Like most places around the world, Japan also celebrates Christmas, although there may be huge differences in their beliefs and traditions during the holidays.

Roughly 1% of Japan’s population associate themselves with Christianity, but even so, Japanese from all over the country celebrate Christmas as a fun, secular holiday, rather than a religious one.

Nevertheless, Japan’s unique reinterpretations of Western holiday traditions are sure to capture your attention! Who would’ve thought that KFC could be the Japanese substitute for turkey?

Ready to plan your next Christmas in Japan? Let’s find out more!

Do they celebrate Christmas in Japan?

Japan celebrates Christmas in their own unique ways. Like we mentioned earlier, Christmas in Japan is not a religious holiday, so they do not associate the traditions with the birth of Jesus Christ – but there are still plenty of celebrations going on in Japan. Festivities begin as early as November and end right on December 26th.

Unlike Christian countries, Christmas is not a national holiday in Japan. This means that most people have to go to work as normal on December 25th. However, they may celebrate Christmas in the evening or on other days in December instead.

Typically, we think of spending the holidays with family, but in Japan, Christmas is the ideal season to spend with your romantic partner! In particular, Christmas Eve is considered a day for couples. It’s even more romantic than Valentine’s Day, isn’t it?

For those who do not have a romantic partner, however, spending Christmas alone, with friends, or family is still widely practiced.

Children have the most fun during Christmas, too! People hold parties, get-togethers, exchange gifts, and dinners together. There are also lots of places to take your loved ones to feel the holiday cheer!

Of course, it won’t be Christmas without Christmas presents! In Japan, gifts are usually exchanged on Christmas Eve. It’s customary to give gifts to your family members, friends, colleagues, or partner.

Long before Christmas became popular, oseibo was done throughout December as a year-ender. People exchange food or other consumable items as a token of gratitude to someone who has shown them kindness throughout the year.

Parents would give their children one present during Christmas, because after the holidays, there is a New Year’s gift-giving custom called otoshidama (お年玉 / おとしだま). This is when a parent or relative gives money to a child.

Most Japanese children do believe in Santa Claus. Instead of leaving gifts under the tree or going down the chimney, he is believed to magically appear inside one’s home with a bag of presents!

Japan has a unique holiday tradition of putting up various decorations and light displays. These are called illuminations (イリュミネイション).

Shopping centers, parks, tourist spots, and popular buildings go all out from November to December by putting on light shows, still or choreographed. Some of them even run until February the following year.

Whether you’re living in Japan or just visiting for the holidays, tourist spots never grow old. Not to mention, their holiday celebrations are worth witnessing.

Tokyo Disneyland, for example, has its 15-meters tall Christmas tree, Mickey and Friends Disney Greeting Parade, and its annual Christmas Fantasy. Special holiday menu items and merchandise are up for grabs!

You can also experience a snowy Christmas by going skiing or snowboarding in Hokkaido. Furano and Niseko are popular places for the perfect winter wonderland, boasting beginner and expert friendly ski resorts.

German-style Christmas markets are worth strolling through for some shopping! A lot of them can be found in big Japanese cities. It is true that Japan likes to adapt different traditions from around the world and turn them into something that is specially Japanese.

In the West, turkey is an important Christmas dinner staple, but in Japan, a big bucket of Kentucky Fried Chicken or KFC is the way to go!

One theory for KFC’s popularity was that a Western foreigner came to the fast food chain to buy chicken as a substitute for turkey, which wasn’t found in Japan. Because of this, KFC started marketing their Christmas buckets and meals in the 1970s.

Since the demand for fried chicken skyrocketed months before Christmas, KFC began accepting orders as early as October. Many stores and restaurants now joined in the fried chicken trend to accommodate the large number of families and individuals lining up to have the famed Japanese Christmas dinner.

If you want to take a peek inside a traditional Japanese KFC Christmas bucket, check out this video by OshareJapan!

Other Christmas food in Japan

Another must-have is the Japanese Christmas cake. These festive cakes were popularized in 1910 by Fujiya, a long-running pastry shop. It was inspired by the European-style fruitcake, but its appearance wasn’t so enticing. They decided to decorate it with icing and Christmas trees, and years later, new ideas for Christmas cake decorations came to life.

Although there will always be an array of colorful and cute cakes to choose from, the strawberry cake is the most popular Japanese Christmas cake bought every winter. Cakes are sold on every corner of the street; even konbini like 7-Eleven and FamilyMart have a wide selection of Christmas cakes!

Do you find a KFC dinner too overrated? Perhaps try ordering a pizza for your Christmas in Japan! Pizza is pretty expensive there, so people prefer to buy it on special occasions.

Additionally, pizza is a great party food, so for Japanese people celebrating with a lot of friends and family, this is a good choice for a Christmas dinner.

How to say Merry Christmas in Japan

If you’re spending Christmas in Japan this year – or if you have Japanese friends or colleagues – you’re probably wondering how to wish them happy holidays. Japanese for Merry Christmas is simply merii kurisumasu (メリークリスマス).

As you can probably tell, merii kurisumasu is borrowed from the English greeting, because there is no direct equivalent of ‘Merry Christmas’ in Japanese. It is written in katakana characters as it is a foreign expression. You can use this to greet anyone – from your friends, family, coworkers, to romantic partners!

Learn other ways to say ‘Merry Christmas’ in Japanese here.