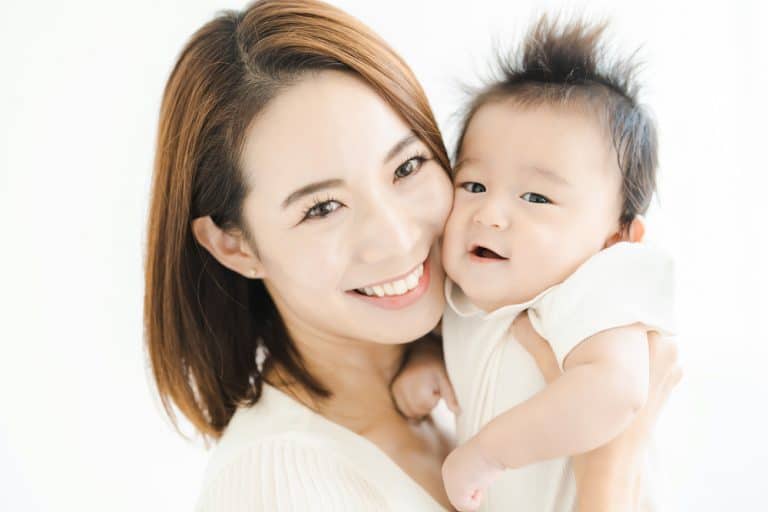 Team Japanese uses affiliate links. That means that if you purchase something through a link on this site, we may earn a commission (at no extra cost to you).
40 shares
LIMITED TIME OFFER!

The standard Japanese word for mother is okaasan (お母さん / おかあさん). This word is typically used when speaking to your own mother or talking about somebody else’s mom. But did you know that there are many ways to refer to mothers in Japanese?

Other words like haha (母 / はは) and haha oya (母親)are used in completely different situations than when we use okaasan! Even the ancient samurai had a unique (and very honorable) way of addressing mothers.

Why is this so? Respect and politeness is a huge factor in the Japanese language, especially when talking about family and people outside of the home. Depending on the situation or context, there will always be an appropriate word.

This is the standard, polite word for mother in Japanese. Okaasan is used when speaking to your own mother. This is also the proper way to refer to somebody else’s mother when you talk about them.

Speaking to your own mother:

Talking about somebody else’s mother:

Using okaasan shows respect, both to your own mother and someone else’s. O (お) is added at the beginning to make a word more polite, while -san (ーさん) is used as an honorific to refer to another person.

In a very formal situation however, the variant okaasama (お母様 / おかあさま) can be used. This is a form of sonkeigo or honorific language.

For sons and daughters-in-law, it is common to refer to their mother-in-law as okaasan also. The only difference is that the kanji for ‘mother-in-law’ (お義母さん) is different from the one used in ‘mother’ (お母さん).

The word haha (母 / はは) is another Japanese word for mother. This is humble in form because it is used when talking about your own mother to other people. It is rude to refer to somebody else’s mother as haha, so the safer route is to use okaasan in such situations.

Sometimes, haha is used in more general contexts where the word mother appears, like haha no hi (母の日) or Mother’s Day.

The Japanese language contains many loan words from English. Mama is one of them, and as it is a more child-like word, it is typically used by children. It is also written in katakana (ママ).

When children grow older, they start addressing their mom as okaasan. However, adults can also use mama as a form of endearment, whether with their own mother or by a husband to his wife. Mothers can also refer to themselves as mama.

Okaachan (おかあちゃん) may sometimes be shortened to kaachan (かあちゃん). Just like mama, this word is more child-like in nuance. Little kids usually say this when speaking to their mother.

The suffix -chan (ーちゃん) is added when addressing children or someone you are very close to. It also implies affection for the other person.

Both okaachan and kaachan are commonly written in hiragana. And just like the case with mama, children are likely to start calling their mother okaasan when they grow older.

This Japanese word for mother refers to any female who has a child. Haha oya (母親 / ははおや) literally means ‘mother-parent’. The word itself is used when talking about mothers in general.

Haha oya can be used to talk about human mothers or even animal mothers. Say, in a nature documentary about a pride of lions, the lioness taking care of her cubs can be called haha oya.

Fun fact: The word oya (親 / おや) is also found in oyakodon (親子丼 / おやこどん), a dish which name literally translates to ‘parent-and-child rice bowl’! This is because the dish is made up of chicken topped with egg. Isn’t it an interesting wordplay?

If you‘re a fan of period dramas or jidaigeki, then you might have heard this word before! Up until the Meiji era, the samurai or any person who is part of a noble household used haha ue to refer to mothers.

Ue (上 / うえ) means ‘above’ or ‘up’. This implies that the mother is spoken to with high regard or respect. Although this is an old-fashioned word and is rarely used outside of period dramas or samurai movies, some people use it in the present to lightheartedly joke around with their mothers.

Kansai-ben or the group of Kansai dialects is one of the most popular dialects in Japan. The way they call their mothers is okan, which is a contracted form of okaasan or okaahan (おかあはん), the word for mother in Osaka dialect.

Though Kansai-ben refers to the dialect commonly spoken across the five prefectures of the region, Osaka dialect has the largest influence. This is said to be a more casual form of speech compared to the Tokyo dialect or ‘standard Japanese’.

Ofukuro is a less commonly used Japanese word for mother, and is considered a colloquial term. This is a more masculine language and maybe be used among friends or in formal settings to talk about your own mother. To talk about somebody else’s mother, -san is added to be more polite.

A good way to use this word is ofukuro no aji (おふくろの味 / おふくろのあじ),  which means ‘mom’s home cooking’.

Interestingly, the kanji for ofukuro (お袋) literally translates to ‘honorable bag’. Its origins are unclear, but nowadays, the word is typically written in hiragana.

So many words for mother in Japanese!

As you can see, there are many ways to say mother or mom in Japanese!

This might seem overwhelming, but just remember that we also have lots of words in English: mom, mommy, mother, parent… The key is to think about the context. Who is speaking, and who are they speaking to?

We hope this post helped to explain the differences! Now learn how to talk about your other family members in Japanese:

2 thoughts on “How To Say Mother In Japanese: Okaasan, Haha and More”