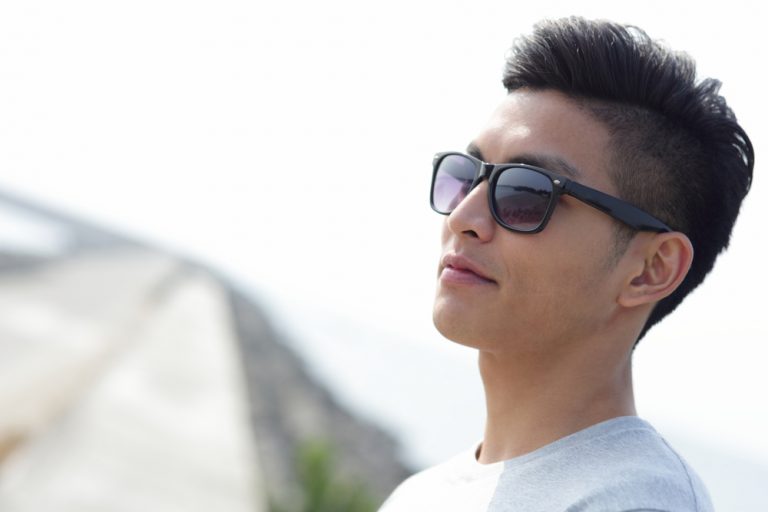 Team Japanese uses affiliate links. That means that if you purchase something through a link on this site, we may earn a commission (at no extra cost to you).
46 shares
LIMITED TIME OFFER!

‘Cool’ is a very flexible word in the English language. It can be used to describe someone’s fashion sense, action movie stunts, or a gift you received from a friend.

It’s also used as a response in agreement to something or someone: ‘Let’s head to the amusement park.’ ‘Cool!’

The most popular Japanese word for cool is kakkoii (カッコイイ / かっこいい), and it can also be used in nearly the same manner as in English. But did you know that there’s a variety of ways to say cool in Japanese? There are words for ‘cool guy’, ‘cool taste (in fashion)’ and a lot more.

Kakkoii (格好いい / カッコイイ / かっこいい) is the most common Japanese word for cool. It also means ‘good looking’, ‘handsome’, and ‘stylish’. Typically, it is used to describe the fashion style of a person, or the appearance of a person or object.

You wouldn’t use kakkoii for abstract ideas; in this case, it is better to say ii ne (いいね) or one of the other phrases discussed later on.

The word kakkoii comes from the words kakkou (格好 / かっこう) meaning ‘appearance’, and ii (良い / いい) which means ‘good’. Nowadays, however, it is usually written in hiragana or katakana, or a mixture of both:

Pretty sure most anime fans have heard this word in an episode or two before. Sometimes, users of the word prefer the slang version kakkee (かっけー). In Haikyuu!!, the character Hinata uses kakkee a lot to compliment their libero, Nishinoya, when he uses his move called ‘Rolling Thunder’.

When used to describe a person’s appearance, kakkoii can mean ‘handsome’ or ‘attractive’. It is basically just used for boys/men. If you want to compliment a girl’s appearance, it’s safer to say kawaii or one of these other Japanese words for beautiful. However, you can use kakkoii for a girl to describe her cool behaviour or skills.

When casually conversing with your Japanese friends and you want to agree with what someone is saying, ii yo (いいよ) or ii ne (いいね) is appropriate. It means ‘okay’, ‘sure’, ‘no problem’, or ‘I’m cool with it’. Note that this informal way of saying okay is not suitable for a business setting.

This comes from the word yoi (良い / よい) and is conjugated as an i-adjective. Adding yo (よ) or ne (ね) adds emphasis to your agreement and can convey enthusiasm.

Sometimes, yabai (ヤバイ / やばい) can be associated with a negative outcome because of its original meaning of ‘dangerous’. In this case, yabai can also mean ‘terrific’, ‘awesome’, or ‘crazy’ in a good way.

It can be difficult to determine if yabai is used positively or negatively, but the key is to understand the context of the situation.

Sugoi (すごい) is one way to say ‘awesome’ or ‘incredible’ in Japanese. This word is typically used in two ways: as an exclamation to convey amazement, and as an adverb meaning ‘really’ or ‘very’.

As a standalone expression, sugoi is used when you see someone doing an impressive action or when you see something amazing. A stunning view of Mt. Fuji? Sugoi! Your friend shows off their crazy hidden dance skills? Sugoi!

As an adverb, sugoi or sugoku (凄く / すごく) is used to intensify the positive or negative traits of something. For example, sugoi ame can mean ‘awful rain’, while sugoi hanabi can mean ‘amazing fireworks’.

There are many cool ways to use sugoi (no pun intended) and this article by Alex Rockin Japanese explains them very well!

The word saikou (最高 / さいこう) is a way to say ‘best’, ‘wonderful’, or ‘great’. It can be used to describe a person, object, or experience.

Saikou is made up of the following kanji with their onyomi readings: sai (最 / サイ) for ‘utmost’ and kou (高 / コウ) for ‘high’.

Another way to say cool in Japanese in an abstract way is subarashii (素晴らしい / すばらしい). It means ‘wonderful’, ‘splendid’, or ‘magnificent’. It is used in the same manner as the rest of the adjectives listed previously, and it can be a great compliment for someone!

Now this word is more specific to cool fashion styles. Oshare (お洒落 / おしゃれ) is frequently seen in fashion magazines, stores, or social media posts. It means ‘stylish’ or ‘fashionable’ and is also spelled out in katakana (オシャレ).

When describing a smartly-dressed person, you can refer to them as oshare-san (お洒落さん / おしゃれさん). You can find many oshare-san in fashion and shopping districts like Harajuku, Shinjuku, or Shibuya.

This phrase is a great compliment for anyone. That way, you are letting them know that you find their interests and style cool.

The word shibui (渋い / しぶい) originally means ‘elegant and unobtrusive’, and refers to a certain aesthetic that is simple and classic, yet exudes a calm elegance. Think coffee shops, retro-style fashion and accessories.

Its dictionary meaning is ‘bitter’ or ‘harsh’, but young people now use shibui as a way to describe the ‘old-school cool’ aesthetic. A person’s voice or face can also be called shibui (ex. shibui koe) – with a positive connotation like being dandy or the mature type of ‘cool’.

Anime, manga, and video games always have at least one character that falls into the category of ikemen. Japanese idols and actors are also called ikemen, and many polls are held to find out fan favorites.

The word originates from iketeru (イケてる) which means ‘cool’ or ‘stylish’, and men (面 / メン) meaning ‘face’. It is typically written in katakana.

The expression yatta (やった) is a word for ‘cool’ made for jump-for-joy situations! Yatta is the Japanese equivalent of ‘woohoo!’ or ‘hooray!’.

This expresses happiness about a good result, like a good grade, winning a contest, achieving a goal, and more.

Maji manji (マジまんじ / マジ卍) was popularized as an internet slang by young Japanese high schoolers back in 2016-2017. It means ‘cool’, ‘wow’ or ‘awesome’ and generally expresses excitement or approval. Manji already existed as a standalone expression, but the addition of maji was only recent.

Since trends get old quickly, you might sound strange trying to use manji on the internet nowadays, but let’s get to know the background of the kanji.

The swastika symbol is controversial in the West because of how it was used by the Nazis during World War II, but when it comes to Buddhism, it is a positive symbol! It means ‘luck’ and ‘peace’ and is used on maps to mark the location of Buddhist temples.

Words for cool in Japanese

As you can see, there are heaps of words for cool, awesome, great in Japanese!

Want to be one of the cool kids and learn how to speak Japanese? We recommend JapanesePod101. Sign up for free and start learning real Japanese, as it’s spoken today.