Team Japanese uses affiliate links. That means that if you purchase something through a link on this site, we may earn a commission (at no extra cost to you).
404 shares
LIMITED TIME OFFER!

Whatever you love about Japan – anime, kawaii culture, traditional culture, food, snacks – there’s a box for that!

Don’t forget that you can buy most of these boxes as a one-off (no subscription). Why not test out different boxes before subscribing?

They also make great gifts for fans of Japan!

Here’s my round up of the best Japanese subscription boxes for every taste!

Japan Crate is one of the original and best Japanese candy subscription boxes. If you love trying new Japanese candy and snacks, this is for you. Free shipping direct from Japan to anywhere in the world each month! It comes in three different sizes, from the affordable Mini box (five items) to the amazing Premium box, which has up to 20 items plus a drink and surprise gift.

The Doki Doki box is a special box from Japan Crate for lovers of all things kawaii! Each month you get a special selection of cute surprises from Japan, which might include plushies, household items, socks, accessories and more. They feature lots of well known character brands such as Rilakkuma and Pokemon.

Kizuna Box is a very popular Japanese subscription box for fans of traditional Japan. You can choose from two options: the snack box or the lifestyle box. The snack box is (obviously) mostly snacks, and the lifestyle box has items such as ceramics, stationery, textiles and other home items. But both boxes contain a couple of items from the other category, so you can experience the best of both worlds 🙂 What’s more, each box is themed around the changing seasons!

Love noodles? Umai Crate is one of the best Japanese ramen subscription boxes, from the makers of Japan Crate. Subscribers get 8-10 different Japanese instant noodle packs sent through the post each month, plus a special bonus item!

Zenpop Japan is another beautiful subscription box that specialises in Japanese stationery!

Each box has 10 cute and lovely stationery items such as notebooks, stickers, washi tape, pens and more. All the items are high quality and uniquely Japanese.

This Japanese stationery subscription box would be perfect for anyone into bullet journaling, crafting or planners, as well as anyone who just wants to bring a touch more Japan to their office or daily life!

If you love all things kawaii, you will LOVE the Kawaii Box! Each monthly box contains 8-10 super kawaii items fresh from Japan. The items include plushies, squishies, stationery, kawaii snacks and accessories, and lots more – it’s a real treat each month!

Each box features characters from your favourite official kawaii brands such as Hello Kitty, Rilakkuma, Pusheen and Molang.

From the makers of Kawaii Box, this is the perfect box for anyone who likes their kawaii with a sweet tooth.

Each Japan Candy Box has 10 different Japanese treats, including a mixture of exclusive Japanese KitKat flavours, character branded sweets, candy kits (a Japanese special!) and traditional snacks. The boxes are specially themed around the seasons and special events too 🙂

You can order this Japanese candy box with no subscription – just order one month at checkout.

The Tokyo Treat box is another great option if you’re looking for a Japanese candy and snack subscription box. There is always such a great selection of treats in these boxes, including candy kits, anime themed snacks, drinks and more. There’s also a cute monthly theme each month!

The boxes also include a tasting guide to increase your enjoyment and appreciation of the treats.

Use code FIRSTBOX to get 10% off your first box!

Nihon Box is another great all rounder. It’s an especially great option for otaku and geeks, because each box has some manga and anime goods such as figurines and character T shirts. But they also have snacks and traditional Japanese household items! It’s a great selection that you can’t get anywhere else.

Have you tried any of these subscription boxes? Which is your favourite? 🙂 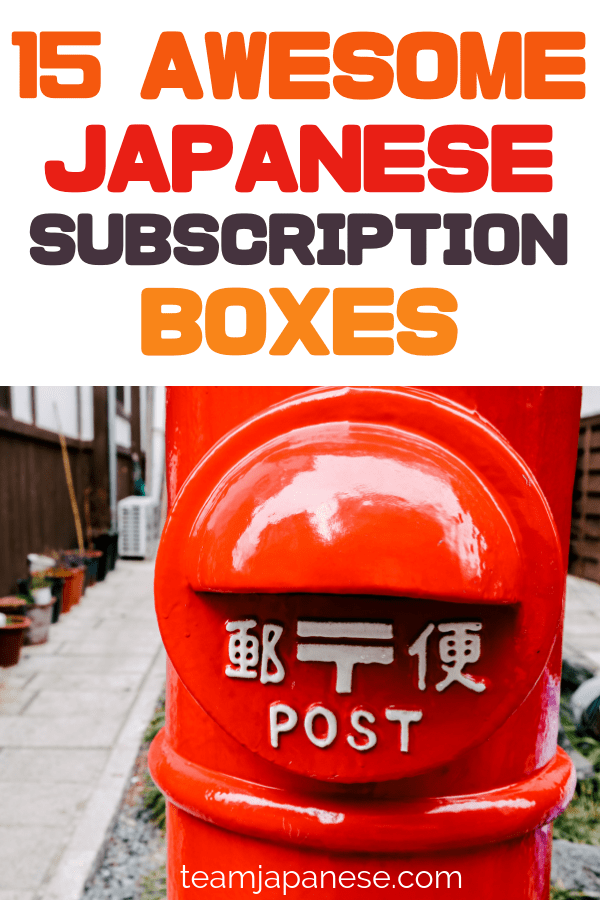 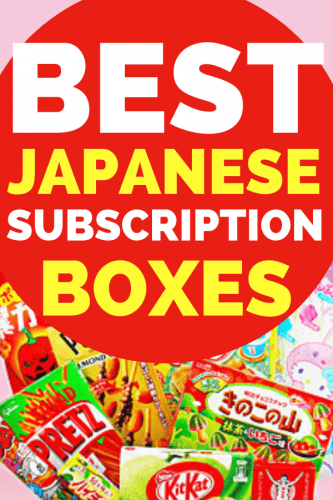 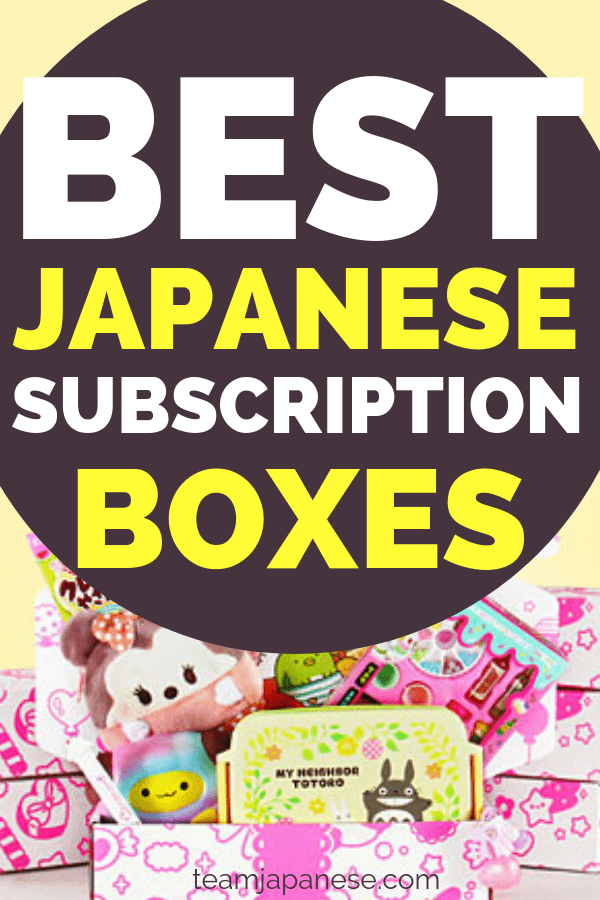 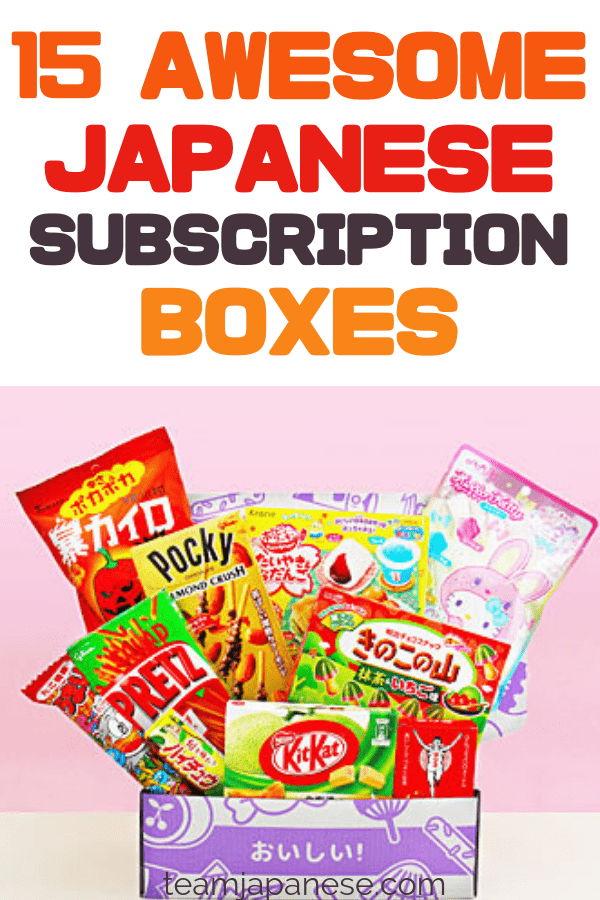