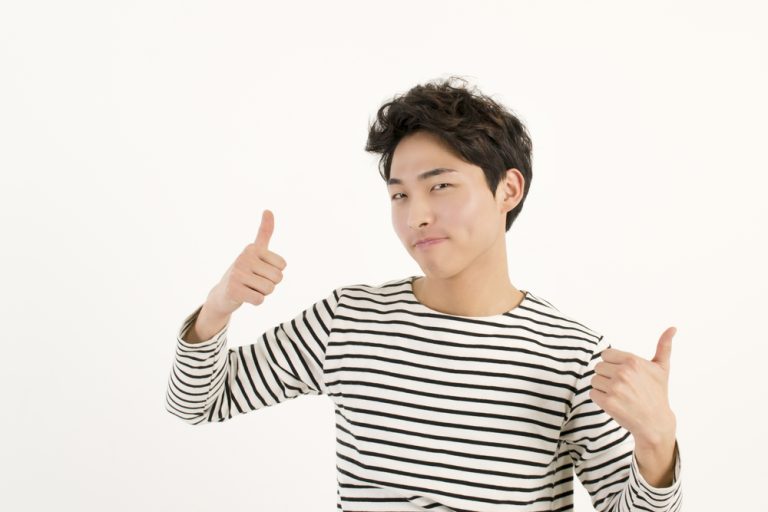 Team Japanese uses affiliate links. That means that if you purchase something through a link on this site, we may earn a commission (at no extra cost to you).
32 shares
LIMITED TIME OFFER!

There are a variety of ways to say ‘okay’ in Japanese. Even in the English language, ‘ok’ can mean different things. For example, one way to say ok as in ‘I understand’ in Japanese is wakarimashita (分かりました). Alternatively, ok meaning ‘it’s alright’ can be daijoubu (大丈夫).

Here, you’ll learn the many types of ‘okay’ in the Japanese language. Let’s go!

When someone asks daijoubu desu ka (大丈夫ですか), it can mean any of the following:

Daijoubu desu can be used to respond to the above questions. The negative form is daijoubu janai (大丈夫じゃない) or ‘I’m / It’s not okay’. In casual situations, the variation daijoubu da yo (大丈夫だよ) sounds more friendly!

Wakarimashita (分かりました / わかりました) is one of the best ways to say okay in Japanese. It means ‘I understand’, and is the polite past form of wakaru (分かる / わかる) a verb that means ‘to understand’. Use this when speaking to somebody who you must show respect to or to strangers.

Meanwhile, the short past form wakatta (分かった / わかった) is more casual-sounding, and is more suitable around friends or family. This is more of a ‘Got it!’ expression.

Okke, is borrowed from English, but is pronounced with a slight elongation of the ‘k’ in the -ke syllable. This is typically written in katakana or hiragana in any of the following ways:

It can also be used in the same way as daijoubu. Just remember that this is a very casual way to say okay. Alternatively, you can add –desu or use another polite variation for formal situations.

Ii desu means ‘I agree’ or ‘Sure, no problem’ in Japanese. This is a polite expression used in response to a request or question.

Ii means ‘good’, while we add desu to make it more polite. Meanwhile, yo is a particle that emphasizes the word before it, so ii desu yo or ii yo can mean ‘It’s totally okay’. However, the latter is considered to be more casual.

When asking somebody ‘Is this okay (with you)?’, we can use the question form which is ii desu ka (いいですか).

The expression yoshi (よし) is commonly used in a situation where the speaker mentally or physically prepares themself for something. Perhaps you’ve heard people utter this before heading on a trip, interview, or a big competition! It’s interpreted as an ‘Alright, let’s do this!’ or ‘Okay, let’s go!’.

You can hear this often said by waiters, hotel receptionists, shop personnel, and other workers in customer service. In this context, the speaker is inferior to the listener. This expression is also used when taking orders or requests from a boss or customer.

In business Japanese, shouchi shimashita (承知しました / しょうちしました) is used when acknowledging something a superior or a customer said. It is equivalent to ‘absolutely’ in English.

In this sense, the speaker is not expected to perform an action afterwards (unlike ryoukai below). Rather, they are expected to have learned something new after.

This is typically used in response to orders from a superior (e.g. in the military, at work) or situations where you are expected to do an action afterwards. However, though it is considered polite, ryoukai is not humble, so it might not be suitable when interacting with customers.

Can ‘hai’ mean ok in Japanese?

Yes, you can use hai (はい) to say ok in Japanese! Hai is usually understood as an affirmative word, and most dictionaries translate this as ‘yes’ in Japanese. It can also mean ‘Okay/yes, I understand’, since it often accompanies wakarimashita or daijoubu desu.

Another way to modify hai is to use un (うん) the casual utterance that means yes or ok.

This one looks quite funny! おｋ is a Japanese internet slang that uses the hiragana for o (お) followed by the roman k. Obviously, this slang is more suited for text-based communication like chats, messaging, or social networking sites (SNS). It’s considered a hip way to type ‘ok’.

You know how English speakers type ‘k’ in texts? Now you know how the younger Japanese do! Nowadays, ri (り) is the trendy way to say ryoukai. You can see this often in SNS, making this a very, very casual manner of saying ‘ok’.

While ryoukai is quite ‘safe’ when spoken, ri might get you a few raised eyebrows because it sounds a little rude. As with other Japanese slang words, it’s best to use this around your very close friends rather than with strangers.

Other words that can mean ‘okay’

Sometimes we say ‘I’m alright’ in English with a hint of uncertainty. In Japanese, you can say maamaa to indicate that you feel ‘so-so’. It can also mean you aren’t opposed to an idea, but not at all agreeing either.

The word kekkou (結構 / けっこう) is very useful! First, you can use it to say something is okay with you, or satisfactory, like ‘Saturday is okay’.

Second, you can also use it to tell someone you already had enough of something. Imagine being full after eating out with your friends at a restaurant, but one of them keeps offering you more food. You can tell them kekkou desu to signal that you’re okay or fine, and don’t need any more.

It will be okay

Another way to say ‘it will be ok’ in Japanese is umaku iku (上手くいく / うまくいく). It means ‘to go smoothly’ or ‘to succeed’, but many people use this as an assurance that things will turn out well.

Try using the following phrases for ‘it will be okay’!

Lastly, a similar phrase to this is nantoka naru sa (何とかなるさ / なんとかなるさ). This means ‘to be able to manage somehow or another’ or ‘to work out somehow’.