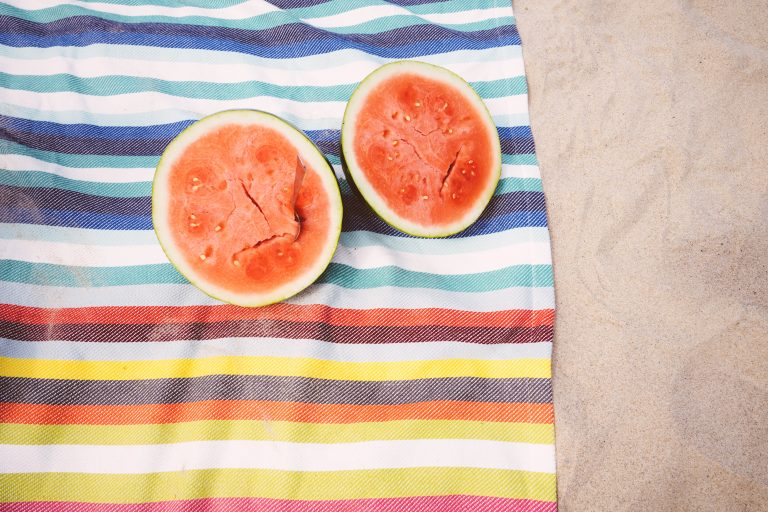 Team Japanese uses affiliate links. That means that if you purchase something through a link on this site, we may earn a commission (at no extra cost to you).
47916 shares
LIMITED TIME OFFER!

Japanese summer is coming, and it’s going to be a hot one!

As you probably know, the four seasons are very important in Japanese culture. In Japan people love to honour the flowers, plants, events and weather of each season.

Summer is no exception. Summer in Japan is hot and humid. Lots of seasonal flowers bloom, and there are many special festivals and traditions to celebrate (or cope with!) the heat.

Here are 13 words you need to know to spend a scorching natsu (summer) in Japan! 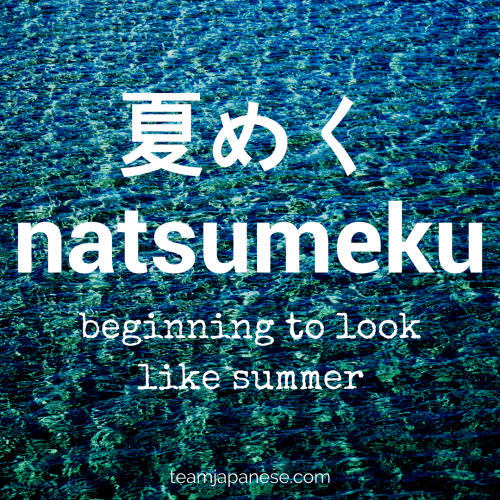 Natsumeku means ‘beginning to look like summer’ or ‘becoming summery’. This is a beautiful word you can use when you see something summery early on in the season, such as a hot blue sky or the sun glinting on the sea.

夏 (natsu) means summer and めく(meku) is a suffix which loosely means ‘becoming ~like’. 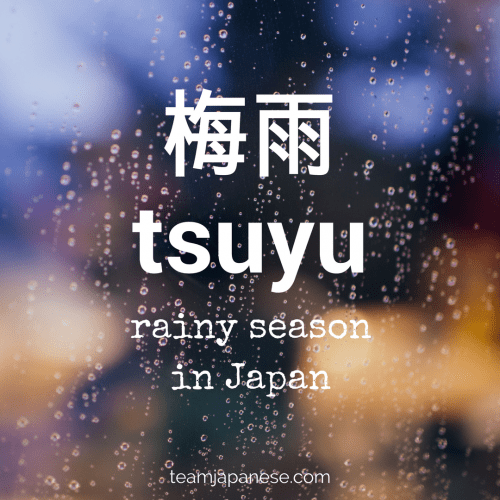 Tsuyu is the ‘rainy season’ which is typical of the early Japanese summer. In central Japan, the rainy season arrives at the beginning of June and lasts until mid July (it’s earlier in Okinawa). The Japanese rainy season is not as heavy as monsoons in other Asian countries, but there are usually heavy rain showers most days over a period of several weeks. 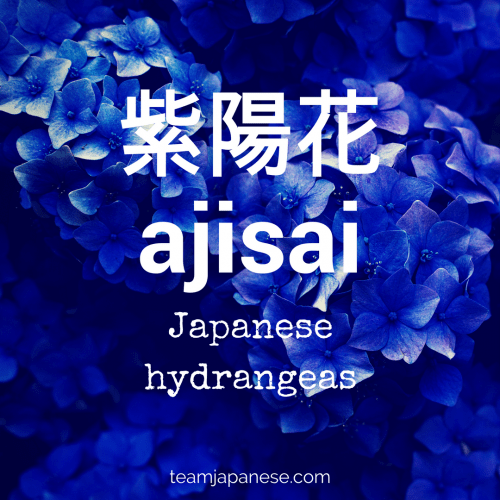 Ajisai means hydrangea, the beautiful flowers that bloom everywhere during the rainy season in Japan. Japanese people love the way these flowers look in the rain or mist, and they feature in a lot of season artwork and poetry.

The three kanji in 紫陽花 literally mean ‘purple sunshine flower’, but hydrangea can come in other colours including blue, pink and white.

Fuurin are glass wind chimes which are a symbol of summer in Japan. They are made of a glass bell with a strip of paper hanging underneath. People hang them in open doors and windows during the summer. Summer in Japan can be very hot and humid, but when people hear the sound of the windchimes, they know there is a breeze, and this helps them feel cool! Sometimes wishes are written on the paper tail. 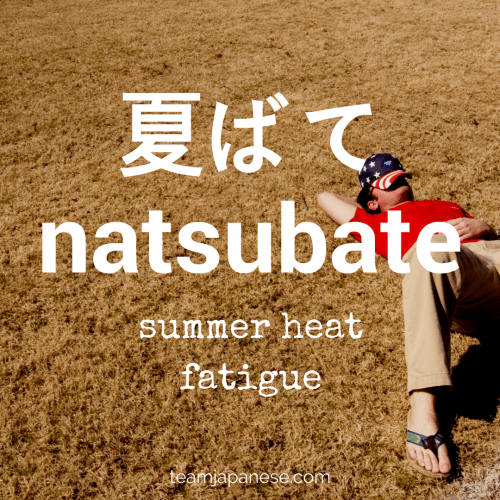 Natsubate is the fatigue or exhaustion that many people experience during the hot, humid Japanese summer. It’s made from the words 夏 (natsu – summer) and ばて (from the verb bateru – to be exhausted). To combat natsubate, take it easy, stay hydrated, and eat some eel (the Japanese say it gives you stamina!) 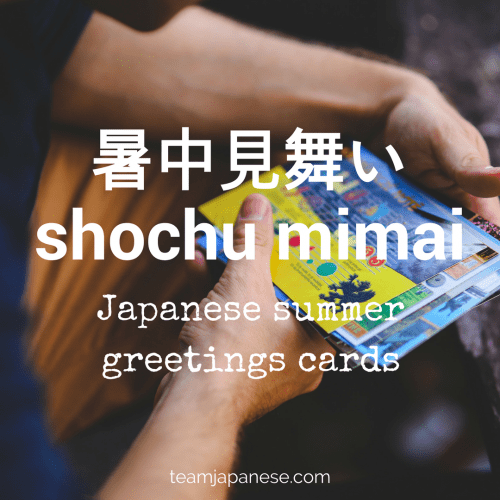 This is a wonderful Japanese custom which doesn’t exist in most other countries. In Japan, people send special greetings cards to friends and family in the heat of summer. This is a way check on their health and make sure they haven’t succumbed to natsubate! This practise is called shochu mimai. The cards are usually sent in the last two weeks of July. 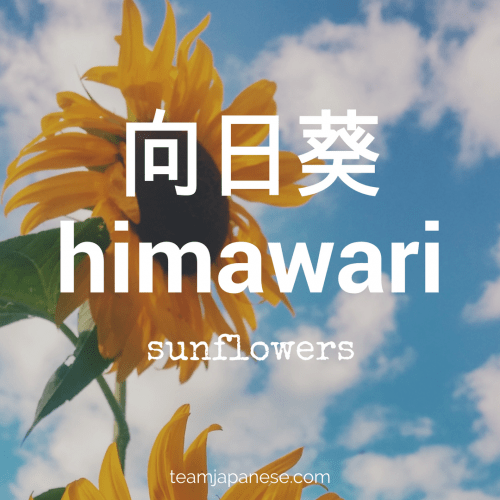 Himawari are sunflowers. You probably already know that flowers are very important in Japan and symbols of the changing seasons. Sunflowers bloom from mid July to August, and are very popular for their cheerful and summery look! Many sunflower fields are popular tourist spots in Japan. Why not have a look if you’re around in summer? They make a great photo opportunity! 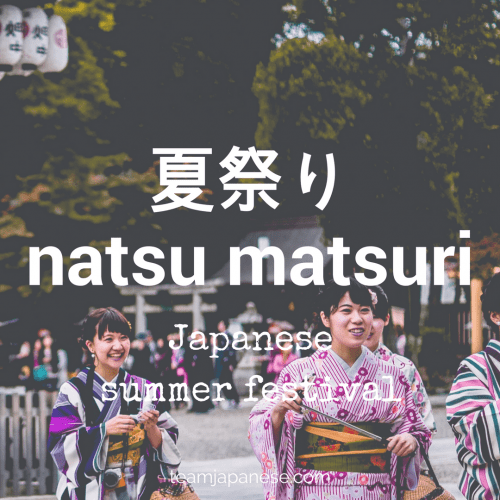 This is an essential one if you’re spending the summer in Japan! Natsu matsuri means summer festival. No, it’s not a music and camping festival like we have in the west. Japanese 祭り(matsuri – festivals) are traditional events held in every town and village. Each town celebrates in their own way, but they usually include food stalls, traditional dances, festival games and fireworks. 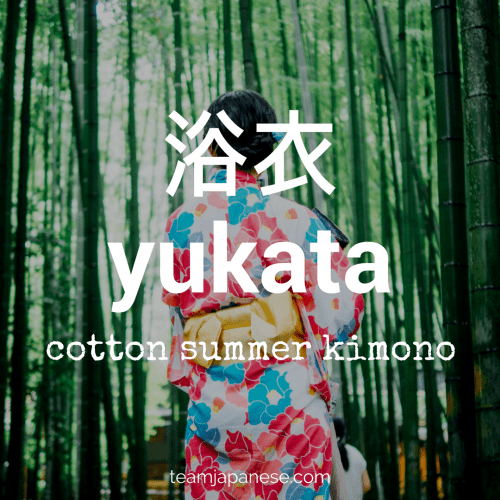 If you’re going to a summer festival, you’ll need a yukata! Not to be confused with kimono, yukata are light cotton robes worn in summer. They’re a summer version of the heavy, formal, silk kimono. Yukata can be worn by both men and women. People love to wear them to summer festivals and other summer events!

Uchiwa are the flat, round fans used in Japan during the summer. They are traditionally made from bamboo and paper, although nowadays they are often plastic! People use them to keep cool and to fan cooking and barbecues. Also, many traditional matsuri (festival) dances incorporate uchiwa. A lot of companies print advertising messages onto the flat surface and hand them out for free in the summer. Not to be confused with 扇子 (sensu) – a folding fan. 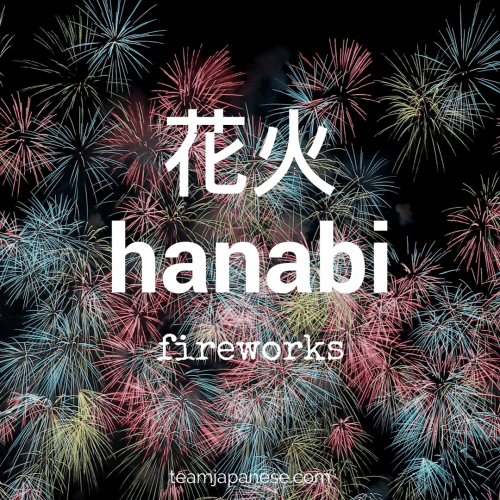 Hanabi (fireworks) are an essential part of Japanese summer festivals. Almost all towns and cities will have their own fireworks displays in mid summer. In some towns, the summer fireworks show is the biggest event of the year! The warm nights are perfect for sitting out late and watching the show. Unlike some western countries where we watch fireworks in autumn or at New Year, in Japan, fireworks are very much a summer event. 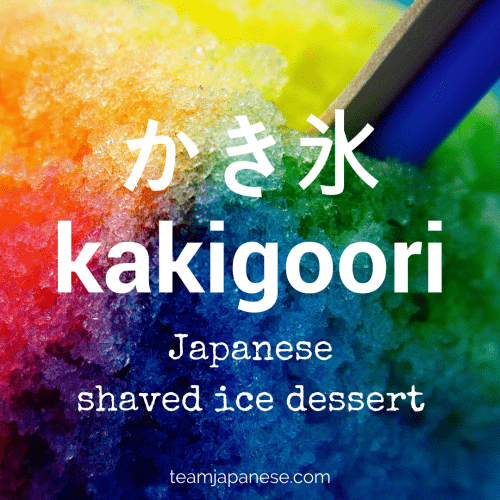 Kakigoori is a Japanese dessert made from shaved ice with a topping of syrup and condensed milk. Sometimes it’s served with other toppings such as red beans or fresh fruit.  This is a must-try if you are in Japan at summer! You can find kakigoori anywhere, from pop-up stalls at summer festivals to fancy specialist shops. The ice cools you down and isn’t too heavy. You can even by ice-shaving machines to try yourself at home. 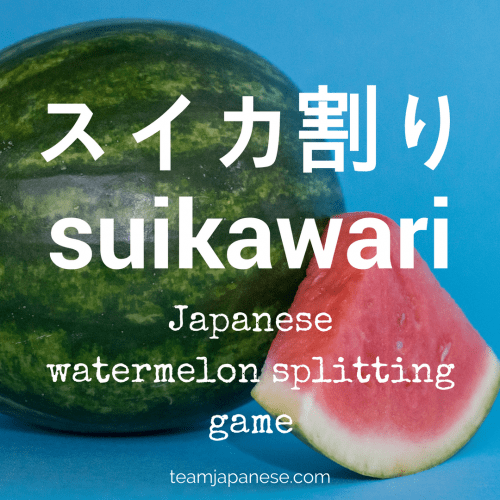 Suikawari means ‘watermelon splitting’. The word is made of スイカ (suika – watermelon) and 割り(wari – split). It’s a popular summer game where children wear a blindfold and take turns to hit a watermelon with a stick until it smashes open. A bit like a piñata! Suikawari is often played at beaches, barbeques and family parties.

Ready to learn even more Japanese? Take a free trial of our recommend course here: 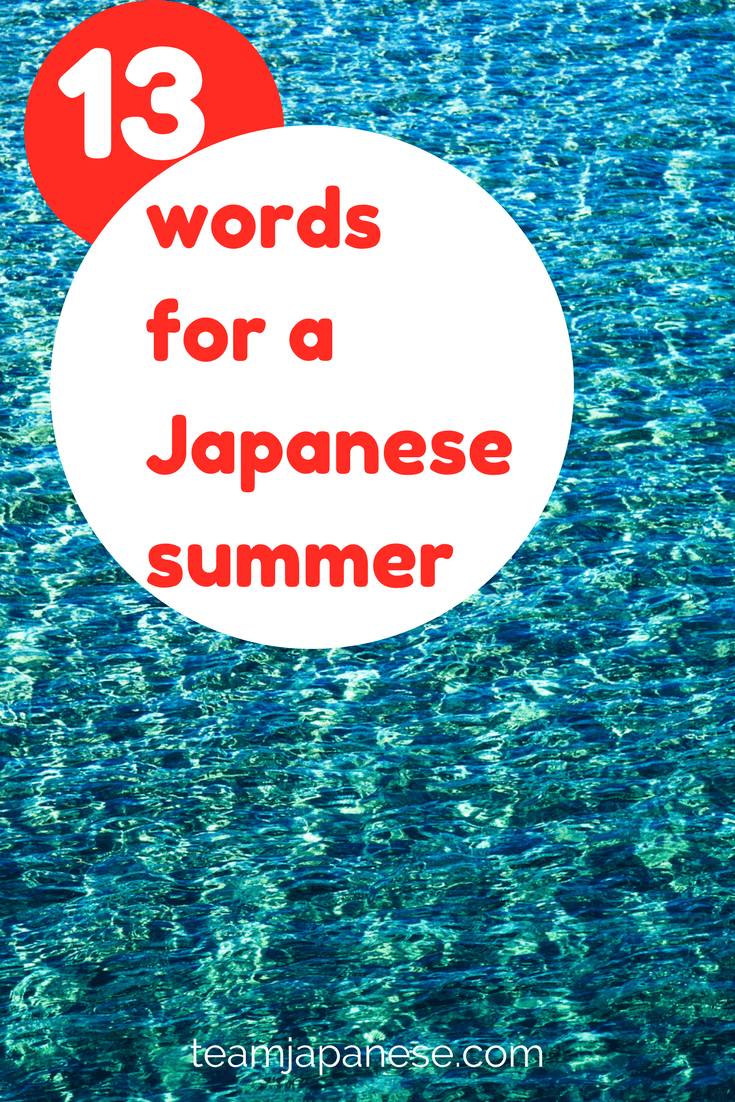