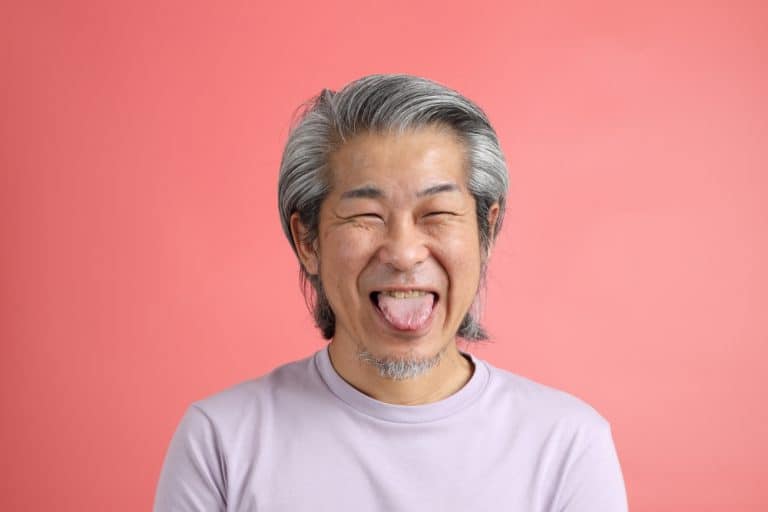 Team Japanese uses affiliate links. That means that if you purchase something through a link on this site, we may earn a commission (at no extra cost to you).
8 shares
LIMITED TIME OFFER!

Just like how we have other words in English for ‘man’ such as guy, bloke, or dude, Japanese has synonyms for ‘man’ which you should know!

The kanji for male in Japanese is 男 (kunyomi: otoko, onyomi: dan) and you will often see it written on public toilets in Japan, so if there’s one take away before we start, memorise this character so you don’t go into the wrong toilet!

There are words for ‘man’ in Japanese that are more polite than others and not all of them feature the kanji mentioned above （男）.

Let’s look at the different ways to refer to guys in Japanese and how to use them!

The basic way to say ‘man’ in Japanese is otoko (男 / おとこ) but be careful, it’s not polite. Otoko is a noun that means an adult male. When used in compound words, otoko indicates the male gender in general such as in the word for ‘boy’ in Japanese which is otoko no ko (男の子, lit: male child) or the phrase otoko nomi (男のみ) which means ‘males only’.

Otoko is just a regular noun for man with no politeness attached to it. That’s why you will often hear the word otoko no hito / 男の人 instead when someone is talking about a man. The addition of the no / の particle and the word hito / 人 defines the male as a ‘person’, giving it a more respectful nuance, just like its female equivalent onna no hito / 女の人。

Saying otoko by itself in a conversation sounds a little rough. You could technically use it for a male animal too. It’s like saying someone’s name in Japanese without an honorific like san.

The above sentence might be said between two friends in private but it sounds rude.

In general it’s better to use otoko no hito / 男の人 than otoko to refer to a man.

But Japanese is highly contextual, so often when it’s obvious the person being talked about is a man, people will just say:

And remember, otoko is different to otoko no ko (男の子/おとこのこ) which means ‘boy’ (hence the addition of the kanji for child, ko / 子).

The next word for man in Japanese uses the same kanji character as otoko (男) but pronounced with its onyomi reading dan to make the word dansei. The second kanji in this word, sei (性), refers to biological sex. So dansei literally means the male sex but in modern day Japanese this is a polite term for ‘man’ and ‘men’.

Dansei is widely used and appropriate for any situation including official contexts, so you can’t go wrong using it!

Aside from dansei being a more polite way to say man in Japanese, what’s the difference between otoko / otoko no hito and dansei?

An interesting comparison is that dansei has a much more positive nuance than otoko. In many cases when Japanese crime news is reported, if men are involved, male victims will be referred to as dansei and the male perpetrators or suspects as otoko.

Yatsu is a very informal way to refer to a person in Japanese which is popular among the younger generation (both boys and girls) and between men when referring to other men.  While yatsu is sometimes used among young people in Japan to refer to females, it is generally a term for talking about men.

Yatsu is another one of those Japanese words with no direct English translation. In the dictionary, yatsu is given two main dictionary definitions:

Pretty different right? But just remember, because yatsu also has the meaning of ‘object’ or ‘thing’, it sounds offensive unless you know the person well, or you’re talking with a friend about someone.

An acceptable way of saying yatsu would be between friends:

In anime, yatsu is often used in a derogatory way by the bad guy:

Yatsu is a super common way to refer to a guy in casual Japanese, so expect to hear it a lot but be careful using it yourself!

Each of these Japanese words for man has a different nuance, so make sure you pick the right one for the situation! It’s differences like these that make languages interesting. Next, learn other ways to refer to people in Japanese: