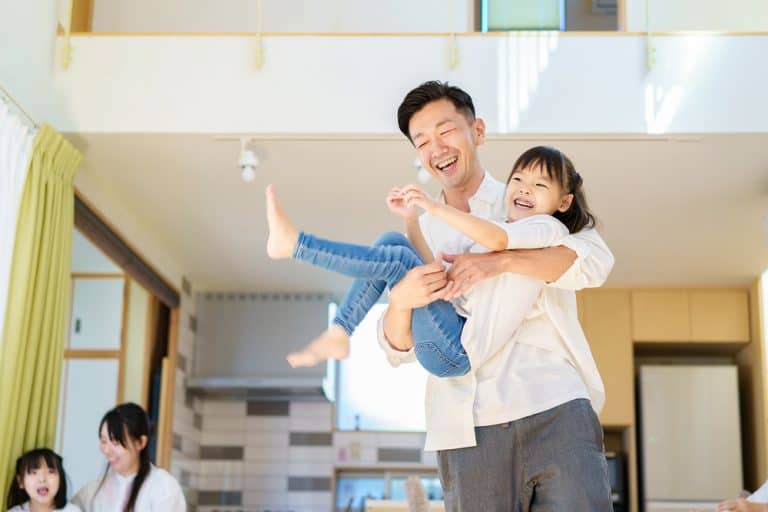 Among the first few vocabulary we learn in any language is how to call our family members. A standard word for father in Japanese is otousan (お父さん / おとうさん). But did you know that there are many other ways to refer to your father in Japanese?

Depending on who you are speaking to or talking about, you might have to change your speech to better fit the situation. You must be polite when speaking to your father, but you can be humble when talking about him to other people. Sounds a bit tricky, right?

Fear not! Here is our handy guide on the different Japanese words for ‘father’.

The most common way to say father in Japanese is otousan (お父さん / おとうさん). This can be used when you are speaking to your own father or talking about somebody else’s father.

Speaking directly to your father

Talking about somebody else’s father

Take a look at the second example. The polite form is important when talking about someone else’s father, because it denotes respect for them. In fact, people also call their fathers-in-law otousan! There is another word for father-in-law, which will be discussed further down this list.

In otousan, the character for father (父) has the prefix ‘o’ (お) and the honorific suffix -san (~さん). The former is attached to a word in its kunyomi or Japanese reading to make it more polite, while the latter adds the meaning of Mr. or Ms. when added to a name.

Another variation is otousama (お父様 / おとうさま). This only appears in extremely formal situations and written communication, and is rarely used in daily conversation. Depending on the situation, you must mind the right usage of this word!

Chichi (父 / ちち) is the humble way to say father in Japanese. It is typically used when speaking about your father to somebody else. It can also mean father in a general context, like how it is used in chichi no hi (父の日 / ちちのひ) or Father’s Day.

As you may have noticed, chichi consists of only the kanji for father (父), missing any polite or honorific markers unlike otousan, which makes this a humble term.

This is also the word that adults use when they talk about their father to somebody else. Keep in mind that it is not polite to call your father chichi when speaking to him!

Papa (パパ) is used across all languages by little children of elementary age or younger to talk about or speak to their father. Japanese also has a number of loan words from various languages, and papa is one of them. Because of this, it is always written in katakana.

Just like the previous word, tousan (父さん / とうさん) and touchan (父ちゃん / とうちゃん) is a child-like variation of otousan. Think of this word as the equivalent of ‘daddy’ in English. If you are a child, you may use this word when speaking to your father or when you talk about him to your friends.

The honorific -chan (～ちゃん) is added to a word or name to give a more affectionate meaning. Even if kids get accustomed to using tousan or touchan, they typically grow out of it and start using otousan when they reach middle school.

When speaking about ‘father’ in a broader context, just like in the news or an informative documentary, you might hear chichi oya (父親 / ちちおや). This word directly translates to ‘father-parent’. It can refer to any male that has a child or has been a father. It can also be used to identify human or animal fathers too!

Compared to most of the words on this list, chichi oya is less frequently heard in daily speech, so it will sound awkward to use this when talking with your father or somebody else’s.

Now here’s one for the history buffs! Chichi ue (父上 / ちちうえ) is an archaic word for father in Japanese. It translates to ‘honorable/honored father’.

The word ue (上 / うえ) means ‘above’ or ‘up’, and when added to chichi signifies honor or respect for one’s father. This was originally used in households of the samurai or nobility before the Meiji restoration.

Even though nobody uses this anymore, you can hear chichi ue in dialogue in historical video games, dramas, or movies. You can most definitely use this to joke around with your dad and have a good laugh, too!

Because they are comprised of the same characters, you might think that oyaji (親父 / おやじ) is the same as chichi-oya, but reversed. Oyaji means one’s father, but it is more colloquial-sounding. It can also refer to middle-aged or elderly men.

It’s more common to hear men use this term in a familiar language when referring to their own fathers, think ‘my old man’ in English. You can also use this when speaking directly to your father.

One interesting use of this word is between a master and apprentice. Somebody in an apprenticeship can call their teacher or master oyajisama (親父様 / おやじさま). Another use is oyaji gyagu (オヤジギャグ), which pertains to ‘bad/corny pun’ or ‘old man gag’!

Oton (お父ん / おとん) is the word for father in Kansai dialect. On your Japanese learning journey, you’re bound to come across a number of words in Kansai-ben or dialect. It is one of the most widely-spoken dialects in Japan and is more casual-sounding than the ‘standard Japanese’ spoken in Tokyo.

Compared to the rest of the words for dad, oton sounds more ‘country’, so if you end up blurting it out in a formal situation, it will sound funny. Did you know that the best Japanese comedians hail from the Kansai region? If you learn a bit of Kansai-ben, you will be able to appreciate a lot of comedy on TV!

One can call their spouse’s father otousan when speaking directly to them, but when talking about your father-in-law, the proper term to use is giri no otousan (義理のお父さん / ぎりのおとうさん). This is appropriate for polite situations and for addressing other peoples’ fathers-in-law.

We hope you found this post useful! In English, we have lots of different words to refer to our fathers (dad, daddy, pops, the old man…) and Japanese is no different! Just remember to think about who you’re talking to, and what level of formality is needed.

Learn how to talk about your other family members in Japanese here: