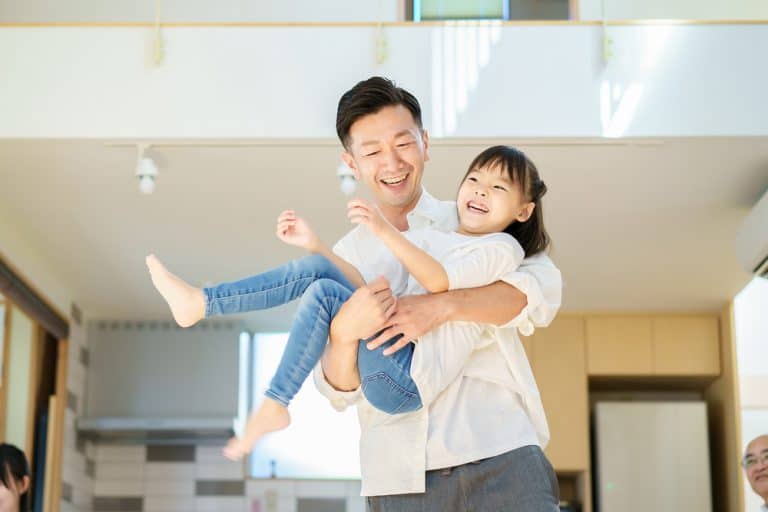 Team Japanese uses affiliate links. That means that if you purchase something through a link on this site, we may earn a commission (at no extra cost to you).
18 shares
LIMITED TIME OFFER!

Musume (娘 / むすめ) is the standard word for daughter in Japanese. However, there are differences in the ways it can be used. It depends on whose daughter you are speaking about, or speaking to.

Not a lot of Japanese words for daughter exist, compared to ones for mother, father, sister, or brother. Because of this, it’s important to learn about the most useful words for ‘daughter’ in Japanese, plus situations they can be applied to.

The word musume (娘 / むすめ) is typically used when talking about your own daughter in polite situations. However, you can use it for somebody else’s daughter by adding the honorific suffix -san (～さん).

The speaker can use possessive words like watashi no (私の / わたしの) or uchi no (家の / うちの) to indicate that they are referring to someone from their family. However, this is not always necessary because it can usually be understood from context.

Ojousan (お嬢さん / おじょうさん) is used when talking about somebody else’s daughter.

In polite conversations, ‘your daughter’ can be expressed as otaku no ojousan (お宅のお嬢さん / おたくのおじょうさん). Otaku (お宅) means ‘your family’ in respectful language in this context.

Ojousan can also be used as a respectful way to refer to any girl or young woman.

Meanwhile, ojousama (お嬢様 / おじょうさま), while being polite language for daughter (the teineigo form), can also be used to refer to a ‘pampered young lady’, or girl born into a comfortable lifestyle.

The word onna no ko (女の子 / おんあのこ) is only used for female children. It means ‘girl’, ‘daughter’, or ‘baby girl’. It can also mean ‘young woman’.

Onna no ko can be used to say ‘daughter’ in general. To be specific about whose child is being talked about, possessives can be used. It is also common to hear ko (子 / こ) or ‘child’, without indicating their gender.

Adopted daughters are referred to as youjo (養女 / ようじょ) in Japanese. The first character you (養) means ‘foster’ while the second, jo or onna (女) is the kanji for ‘woman’.

Yome (嫁 / よめ) is used when speaking about your daughter-in-law. When referring to somebody else’s, though, oyomesan (お嫁さん / およめさん) is more appropriate, as it is a more respectful form. Yome can also mean ‘bride’.

As you can see, there are various ways to say daughter in Japanese, but don’t panic! If in doubt, just say musume or musume–san (depending on if you’re talking about your own daughter or someone else’s). This is the most standard word, and it’s fine for all situations. All the other words for daughter will just enrich your knowledge of Japanese and help you become more fluent!

Learn more words for family members in Japanese in these related articles: