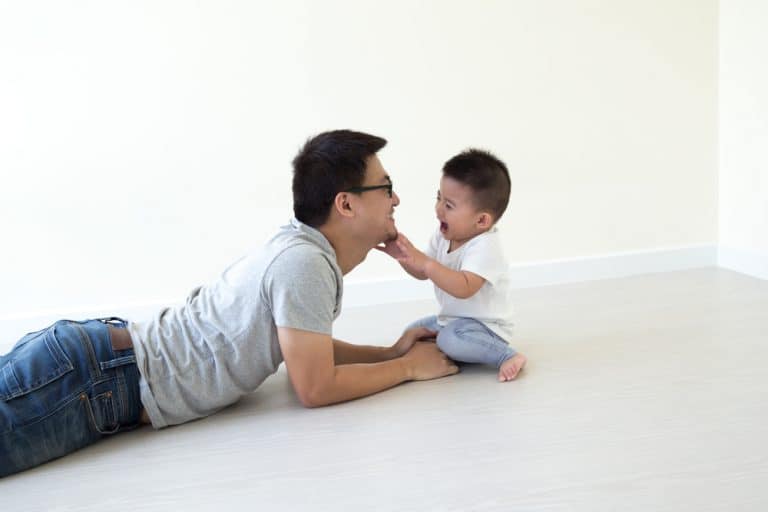 Team Japanese uses affiliate links. That means that if you purchase something through a link on this site, we may earn a commission (at no extra cost to you).
34 shares
LIMITED TIME OFFER!

Parents usually address their children by their given name when speaking to them. In Japanese, there are certain nuances to consider when talking about your son or somebody else’s son.

Musuko (息子 / むすこ) is the standard Japanese word for ‘son’. Depending on whose son is being talked about, other words such as musuko-san (息子さん) or chounan (長男) can be used. Let’s take a closer look at each word!

As mentioned earlier, musuko (息子 / むすこ) is the standard Japanese word for son. It is used when talking about your own son. However, to describe somebody else’s son, you must add the honorific -san to make it more polite.

The kanji for musuko consists of the characters for ‘son’ or ‘breath’ (息) and child (子).

In most instances, musuko or musuko-san will be the most appropriate way to say ‘son’. But let’s look at some other Japanese words for son to enrich your vocabulary!

The term otoko no ko (男の子 / おとこのこ) is another word for ‘son’ or ‘baby boy’. It is used to refer to little children or even young men.

Often, this word is used when talking about someone else’s male child. When discussing sons or boys, otoko no ko is a good option for a ‘general’ term, like you hear in the news or read in books.

Bocchan or botchan (坊ちゃん / ぼっちゃん) is a polite term meaning another’s son. The unique thing about this word is that it typically refers to young boys of a wealthy upbringing. This can also mean ‘naive boy’.

Though the suffix -chan (～ちゃん) makes the word seem a little like baby-speak, bocchan is sonkeigo or respectful language. It would be used by butlers, maids, or any type of servant. In fact, anime and manga focusing around particularly wealthy characters (like Black Butler) popularized the bocchan or ‘rich boy’ trope.

Shisoku (子息 / しそく) is a very polite term referring to somebody else’s son. This can be used in formal situations, like letters of congratulations.

Since this is sonkeigo or respectful language, you don’t hear shisoku being used in daily speech.

The Japanese also have words specific to the birth order of children. Chounan (長男 / ちょうなん) means ‘eldest son’. It can also stand for ‘only son’. It contains the kanji for ‘senior’ or ‘leader’ (長) and ‘male’ (男).

Other words for ‘son’ that include their birth order are jinan (次男 / じなん / second son) and sannan (三男 / さんなん / third son). Following the counting order, the words can go up to the 6th child or higher.

There are not a lot of words for foster children in Japanese, but youshi can be used in any kind of situation, regardless of formality level.

Muko (婿 / むこ) means ‘son-in-law’ and ‘groom’. This is used to refer to someone’s son-in-law, however, the word giri no musuko (義理の息子 / ぎりのむすこ) is more appropriate when introducing them for the very first time.

In Japan, when a family has no living male heir and they wish for someone to carry on their surname, they do mukoyoushi (婿養子 / むこようし). Its purpose is to marry a groom into the family of the bride, after which he takes the bride’s surname.

This differs from men who simply choose to take their wife’s surname. Mukoyoushi is purposefully done for the family surname’s survival, but nowadays, it has become less important for the Japanese people. However, influential people such as politicians and wealthy families can still do this practice.

Words for son in Japanese

Were you surprised to see how many ways there are to say son in Japanese? Don’t worry: musuko or musuko-san will see you through almost any situation. But you will need to recognise the other words as you reach a higher level of Japanese!

Learn more family words in Japanese in these related posts: